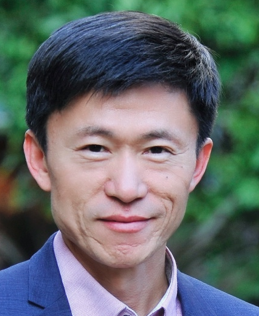 Zheng Liu is a Vice President of International Research and the Director of the Center for Pacific Basin Studies at the Federal Reserve Bank of San Francisco. Prior to joining the Federal Reserve in 2008, Zheng was an Associate Professor of Economics at Emory University. Zheng has also taught courses at Clark University, the University of Minnesota, and Shanghai Jiao Tong University. He served as a technical advisor for the IMF and a visiting scholar at the University of Minnesota, Boston University, the Federal Reserve Banks of Atlanta and Minneapolis, and the European Central Bank. Zheng’s research focuses on issues of macroeconomic fluctuations, monetary policy, international finance, and the Chinese economy. He has published in top academic journals, including the American Economic Review, Econometrica, the American Economic Journal: Macroeconomics, and the Journal of Monetary Economics. His recent work on China’s capital controls and monetary policy was awarded the 2016 Sun Yefang Prize, China’s highest award in economics and finance. Zheng completed his Ph.D. and M.A. in Economics at the University of Minnesota, and his B.A. and M.A. in Economics at the Renmin University of China. Zheng currently serves as an Associate Editor of the Quantitative Economics and the Journal of Economic Dynamics and Control. He served as an Associate Editor for the Journal of Money, Credit and Banking in 2013-2018. He is also a member of the Editorial Board of VoxChina.