Rural-urban migration is an integral part of the dynamic process of structural transformation. The interplay between population inflows and house prices depends on various geographical differences in the economic and policy climate. In the case of China, we highlight particularly the roles played by location-specific hukou restrictions and local land supply. 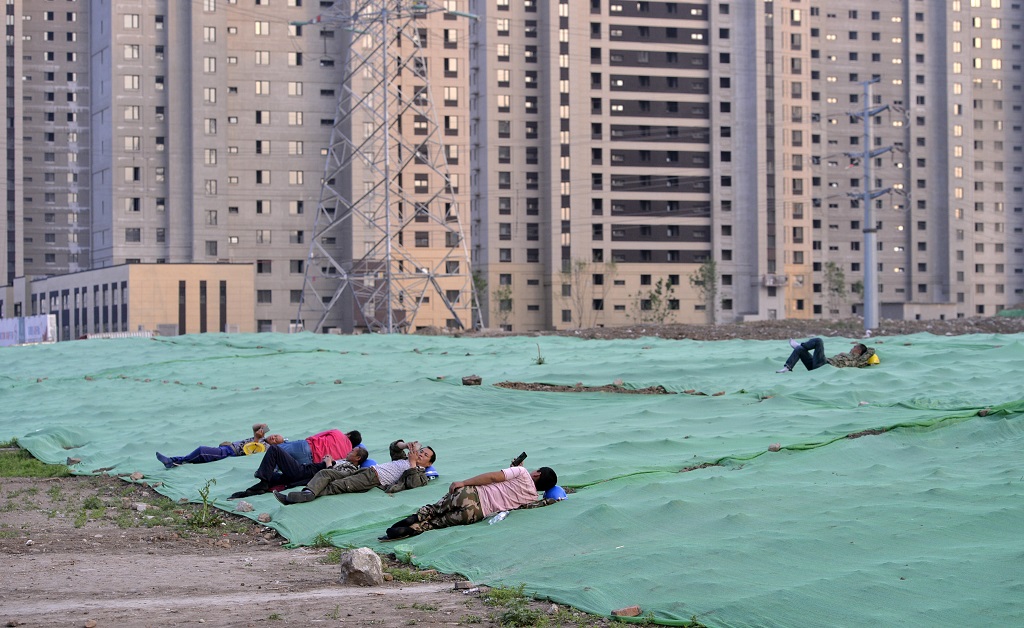 The process of economic development often entails changes to the composition of economic output that involve a shift in productive resources away from farming, such as crops and livestock, toward manufacturing and modern service sectors. This structural transformation process requires sizable geographic shifts in labor, given that agricultural activities are largely located in rural areas, while manufacturing and service-sector production tend to take place in urban or semi-urban areas. As a result, structural transformation and urbanization driven by rural to urban migration are parallel processes in a country’s economic development that mutually impact each other.

In the case of China, dramatic urbanization has taken place since economic liberalization began in 1979. Over the past two decades, the rural population share has decreased from 60% in early 2000 to about 40% in 2018. Even though a sizable fraction of urban population growth can be attributed to community reclassification—Gan, He, Si, and Yi (2019) report a value of one-third—this large-scale relocation of workers from rural areas with abundant land to cities with highly inelastic supply exerts significant upward pressure on house prices, with data showing that prices have more than tripled during this period. By making city living less affordable, the urban house price boom may deter further rural-urban migration and slow the overall process of urbanization and economic development. This interaction between urbanization and housing booms has important implications not only in the aggregate, but also at the cross-section level. To understand these linkages between structural transformation and house prices, Garriga, Hedlund, Tang, and Wang (2021) develop a dynamic multiple city model of migration to examine how regional variations in migration and land supply policies affect rural-urban migration flows and local house price growth among select Chinese cities.

Empirical observations: One important data issue involves determining whether changes in housing valuations are due to changes in the quality of new housing units or to the relative scarcity of housing. To separate these two effects, the authors create a quality-adjusted house price series for each city using the hedonic house price index developed by Fang, Gu, Xiong, and Zhou (2015). After controlling for changes in the characteristics of transacted housing units, the data reveals that house price growth in tier 1 and tier 2 cities has exceeded the growth in urban wages. However, this pattern does not emerge on average in tier 3 cities. These observations imply that additional factors besides income growth contribute to housing booms in most Chinese cities. Two potential drivers are tight controls on labor mobility and restrictions on residential land supply. Together with structural change, these policies have the potential to generate housing booms of different magnitudes that explain behavior both in the aggregate and in the cross-section across locations.

Connection with the literature: The idea of connecting structural change and migration is not new. In the existing literature, it is common for models to generate rural-urban migration from increases in expected rural-urban income differentials with some opposing forces present that mitigate the development of overly populated urban areas, such as unemployment in the classic paper by Harris and Todaro (1970), higher housing/land costs in Brueckner and Kim (2001), or negative externalities such as congestion and pollution discussed in Brueckner and Lall (2015), or local restrictions stressed by Glaeser, Gyourko, and Saks (2005). However, the static nature of the models in these papers acts as an important limitation that leaves little room to evaluate the dynamics of adjustment. Indeed, migration decisions involve a core intertemporal trade-off for workers who face upfront migration costs to moving in exchange for a discounted future stream of benefits from living in an urban area. Therefore, shifting the analysis to a dynamic framework can generate appropriate time-varying payoffs to migration that depend on current and future income as well as housing costs. While some research embeds migration decisions in a dynamic setting (i.e., Lucas 2004; Bond, Riezman, and Wang 2016; and Liao, Wang, Wang, and Yip 2017), these analyses abstract from the presence of an urban housing market.

Explicitly modeling owner-occupied housing adds yet another novel dimension because of the durable nature of housing purchases. In particular, the presence of an owner-occupied market enriches the dynamic migration decision regarding current costs versus future benefits by allowing migrants to move and purchase a house when housing is still relatively affordable. This inclusion contrasts with the standard urban economics approach that features only tenant-occupied housing markets where migrants cannot lock in low housing costs or potentially benefit from capital gains. This new dimension delivers insights into the interaction between the dynamic flows of migration, house price growth over time, and the pace of structural transformation.

Key model features used in the analysis: The model in Garriga, Hedlund, Tang, and Wang (2021) generates variation across cities and over time in house prices driven by rural-urban migration decisions that interact with migration and land policies. In the model, the rural area produces agricultural goods, and the cities produce manufactured goods. Rural workers differ in the cost of migrating to an urban area and in their valuation for housing consumption (which differs between rural and urban areas). Gradual technological progress in city manufacturing induces a steady flow of workers away from the rural agricultural sector to the higher-paying urban manufacturing sector. Upon arriving in a city, workers buy a house financed with a mortgage that allows them to pay off the house over time. New housing units are built by real estate developers using land purchased from the local government. The interaction between all the elements of the model determines migration flows, worker spending decisions, and house prices that are interrelated and depend on technologies as well as migration and land policies.

For a given city, the model predicts that net migration flows account for a significant fraction of the time-variation in house prices. These flows in turn are influenced by urban-rural wage differentials as measured by local manufacturing productivities, improvements in urban housing quality, and migration costs. House prices are also impacted by changes in construction costs, which reflect the cost of land supplied by local governments and fixed entry operating costs. In the cross-section, the connection between migration inflows and house price changes depends on differences in migration and land supply policies.

Quantitative findings: The structural model is parameterized to mimic the cross-sectional patterns of house prices during 2003–2015 among select Chinese cities and is designed to match the observed migration flows across cities over time. The moderate housing appreciation predicted by the model is consistent with the trends among tier 2 and tier 3 cities in the data. The model is particularly successful at capturing the rapid growth in the two largest tier 1 megacities, Beijing and Shanghai, likely due to their more established land auction markets and competitive housing markets that therefore operate more closely in line with the structure of the model.

The analysis conducts two counterfactual policy experiments to disentangle the contribution of labor mobility and land supply restrictions to house price growth. The first experiment examines what would have happened if China had altered the hukou system to reduce dispersion across cities, i.e., to create more uniformity toward the mean. The second experiment similarly examines the effects of a reduction in the dispersion of land supplied by the local government. The table below summarizes the findings for house prices from these two experiments.

The analysis in the paper finds that the hukou-dispersion-reducing policy increases migration to tier 1 cities throughout much of the sample period and, with the exception of a modest initial jump, does the reverse for tier 3 cities. Tier 2 cities experience modestly higher migration early on, but gradually absorb fewer workers compared to the benchmark. The migration surge to tier 1 cities early in the sample period fuels housing demand and thus a jump in house prices, but as shown in the table, house price growth abates over time relative to the benchmark in all of the areas. At the aggregate level, this counterfactual migration policy also affects total urbanization and the dispersion of house prices. While we find that the urban population share rises only slightly, the process generates a substantial increase in the dispersion of house prices. A more uniform land supply policy across locations increases the availability of land in one tier 1 city (Shenzhen) and tier 3 cities, while reducing the land availability in tier 2 cities. While the overall urbanization rate is slightly higher, house prices become much more dispersed as seen in the bottom part of the table.

The way forward: This research examines the causes of housing booms in China both over time and across space. The key drivers in the investigation are the roles of migration policies and land supply distribution. To closely tie rural-urban migration with structural transformation, this analysis focuses exclusively on work-based migration with purchases of housing once and for all in the absence of cross-city migration, rental or house upgrading. Precautionary and speculative housing demand are also absent from this analysis and are left for future research.