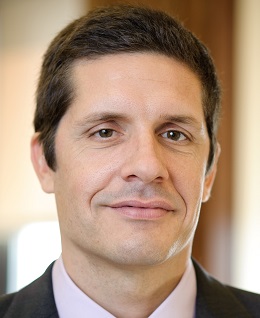 Carlos Garriga is a senior vice president and the director of research at the Federal Reserve Bank of St. Louis. He received his B.S. and Ph.D. in economics from the Universitat de Barcelona (Spain). Mr. Garriga’s research focus is in the area of macroeconomics and housing, household finance, monetary economics and asset pricing, and public economics. Prior to joining the St. Louis Fed in 2007, Mr. Garriga was an assistant professor of economics at Florida State University and at the Universitat de Barcelona. He has been a visiting scholar at international central banks (the Deutsche Bundesbank, the Reserve Bank in New Zealand and Sveriges Riksbank), Federal Reserve banks (Atlanta, Cleveland and Minneapolis) and universities (the London School of Economics, Queen Mary University in London, the University of Minnesota, LAEF at the University of California Santa Barbara and CEDEC Washington University in St. Louis). During his career at the St. Louis Fed in the Research Division, Mr. Garriga has served as part of the FOMC council that advises Bank President James Bullard on current issues related to monetary policy, and has attended the FOMC meeting in Washington, D.C. Mr. Garriga currently serves as managing editor of the Review, one of the oldest peer‐review publications within the Federal Reserve System. He also currently serves as a member of the editorial advisory board at Public Finance Review, and is a former associate editor at the Journal of Economic Dynamics and Control. Mr. Garriga has participated in more than 200 conferences, seminars and lectures around the globe. He has published articles in leading economic journals (the American Economic Review, Review of Financial Studies, Journal of Monetary Economics, European Economic Review, Journal of European Economic Association) and chapters in books published by the University of Chicago Press and MIT Press.