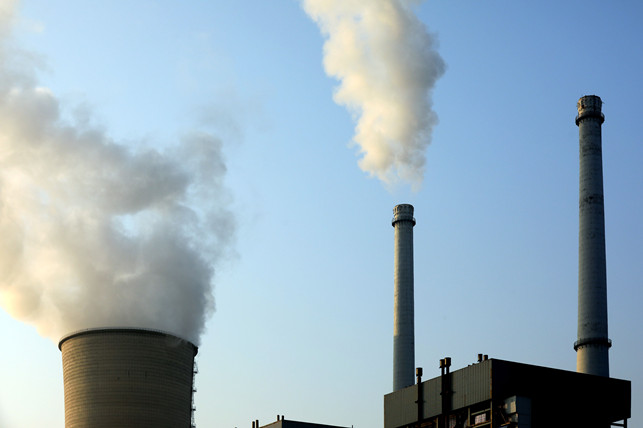 Public engagement is often seen as a way to improve the implementation of public policies. When the public monitors the performance of governments and advocates for policy outcomes, officials and government agencies may have new incentives and information to meet public demands (Björkman and Svensson 2009, Anderson et al. 2019), though the evidence is mixed (Banerjee et al. 2010, Buntaine et al. 2021). Public participation is especially relevant to the management of pollution. When high levels of pollution filled the air and waterways of American communities in the 1960s, citizens took to the streets and marched for change on the first Earth Day in 1970, leading to major government efforts to control pollution. Since that time, governments around the world have disclosed more information about pollution to the public and opened channels for the public to make their voices heard.

Nowadays, social media has become a gathering place throughout the world. Across a range of policy issues, people use it to organize and advocate for policy outcomes (Enikolopov, Makarin, and Petrova 2020). But is it an effective platform for citizens to communicate their preferences? Are governments responsive to public demands expressed on social media? We take up this question in a large-scale randomized trial of complaints about violations of pollution standards in China (Buntaine et al. 2022).

In the last two decades, China has launched a “war on pollution” to address the severe impacts to the environment and human health caused by rapid industrialization (Greenstone et al. 2021). As part of these efforts, government units have created official channels that citizens can use to complain about facilities or ambient environmental conditions to local governments. The channels include hotlines, webforms, and social media accounts of government departments. In the last several years, many complaints have been filed through these channels (Figure 1). The growing rate of public engagement raises important questions: which types of complaints cause responsiveness from local government agencies who manage pollution? Does responsiveness to complaints about some facilities crowd out enforcement efforts from others? 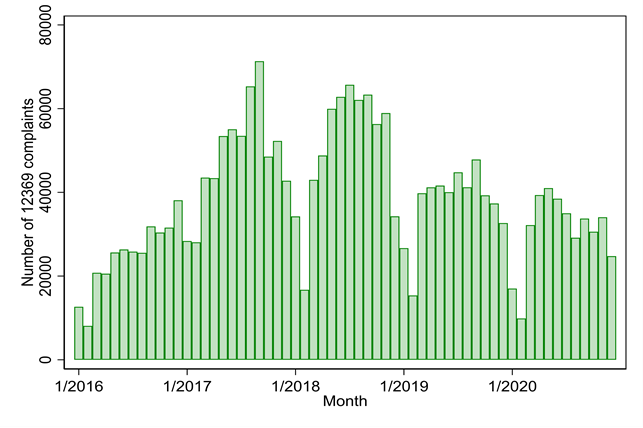 To investigate these questions, we worked with a team of volunteers to monitor the emissions of more than 25,000 industrial firms in China daily and file complaints the next day whenever a facility exceeded permitted limits. This process generated more than 3,000 complaints over eight months. We assigned each firm to a type of complaint when they violated emissions standards or a control condition where violations did not generate a complaint (Figure 2). The two main types of assignments were public complaints made via social media and observable by anyone online, or private complaints made through a government hotline or website and not observable to anyone except the complainant and the receiving department. We also assigned different intensities of complaints at the prefectural city level, to investigate whether complaints just shift enforcement between firms. 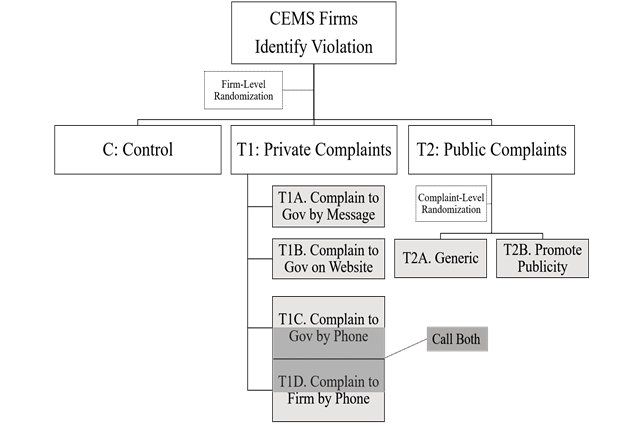 The main finding of the experiment is that public complaints generate a greater reduction in violations and emissions concentrations by firms than similar complaints made through private channels (Figure 3). Firms assigned to public complaints decreased violations by more than 60 percent, and decreased air and water pollution by 12.2 percent and 3.7 percent, respectively. Private complaints also led to improvements but by a lesser amount. When the visibility of the social media appeals increased by experimentally adding “likes” and “shares,” creating at least the appearance of growing public support, government regulators were 40 percent more likely to reply and 65 percent more likely to inspect the polluting plants mentioned in the complaint. Taken together, these results demonstrate that increasing the visibility of the complaint and potentially public attention to the response by the government provides new incentives for local governments to regulate stringently. Social media is a powerful mechanism for citizens to make their voices heard.

Figure 3. Changes in daily rate of violations by treatment arm

We also investigated the indirect impacts of citizen participation. One concern about regulating firms using complaints against them is that this could simply shift enforcement from firms with less public scrutiny to firms with more public scrutiny, resulting in no net reduction in violations or pollution. These kinds of general equilibrium effects are crucial to understanding the overall implications of public participation but are difficult to study at scale. Because we assigned different proportions of firms to complaint treatments within cities, we can assess the net effects of more complaints about violations. We found that increasing the number of citizen complaints results in lower levels of ambient pollution. The implication is that citizen participation does not just shift enforcement, but rather results in better outcomes overall. 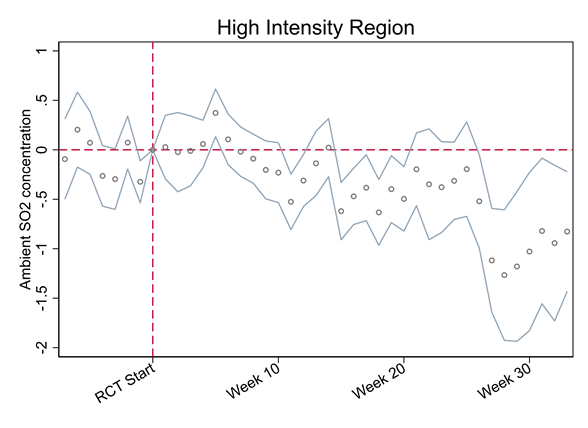 Our study found that social media can be a very effective, and easy, tool to involve citizens in the government process and hold regulators accountable. Social media is the new “main street,” galvanizing momentum for change in much the same way as a protest or march. The more popular the social posts are, the more effective they are in generating government action. The fact that the more popular social posts spurred more action from government officials confirms that there is great opportunity for citizens to participate in governance and help improve government accountability. Our study demonstrates that providing the public with information about individual polluters’ emissions can lead to pollution reduction. This has long been hypothesized by proponents of the United States’ Toxics Release Inventory and similar programs elsewhere in the world (Konar and Cohen 1997; Bui and Mayer 2003).

This type of bottom-up citizen participation has mostly been investigated in other parts of the world, especially in contexts where leaders are voted into power, as they feel more accountable to those electing them. Our study provides the first experimental evidence that this type of citizen engagement can be very effective in a context like China, showing that local governments feel accountable to public opinion, especially when it is expressed online and is visible to everyone. Our study indicates that social media, at least in certain domains, is an effective way for citizens to engage with governments and not only make their voices heard, but also change the way that governments regulate pollution.