In Chinese culture, digit 8 (4) is taken as lucky (unlucky). We find that the numerological superstition has a profound impact across China’s stock, bond and foreign exchange markets, affecting asset prices in both the primary and secondary markets. The superstition effect, i.e., the probability of asset price ending with a lucky (unlucky) digit far exceeds (falls short of) what would be expected by chance, is everywhere. The effect is likely driven by investors’ reliance on superstition to alleviate the concern of uncertainty in asset prices. While the superstition effect does not imply any systemic mispricing for assets traded mainly by sophisticated investors, it is significantly associated with overpricing for assets involving more unsophisticated investors. 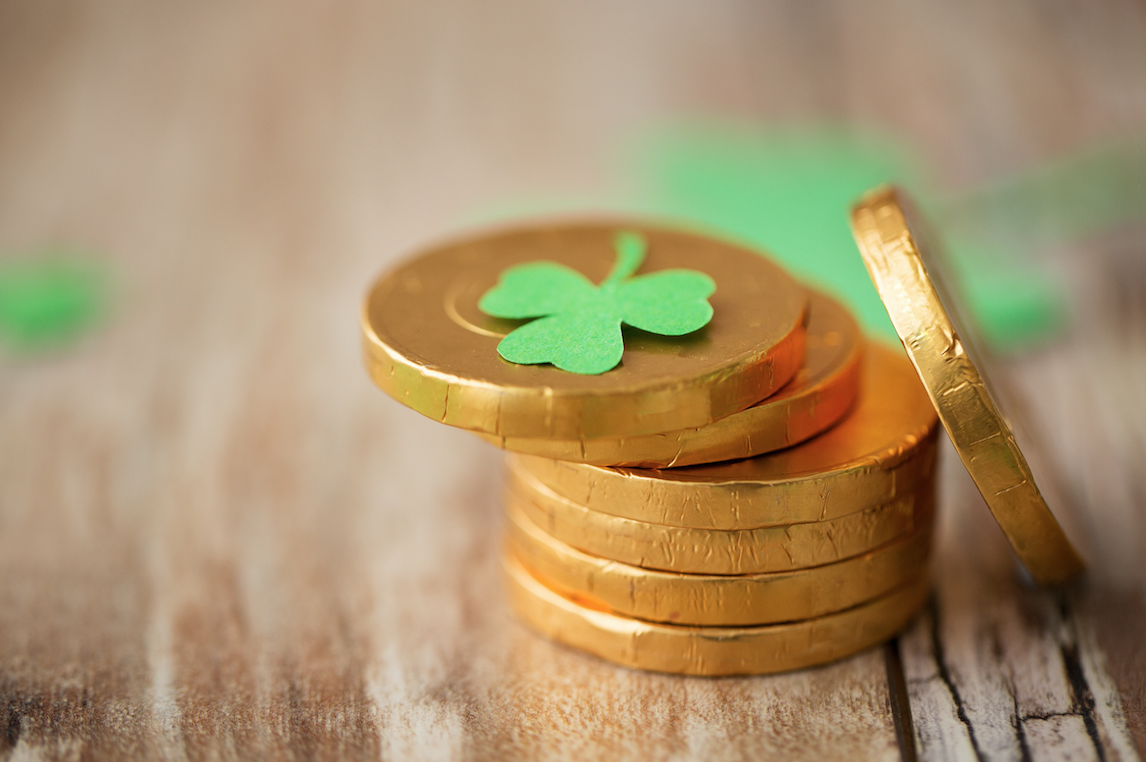 Superstition has existed since the dawn of human civilization. Divination and sacrificial offering were widely practiced before important events, including wars, across ancient civilizations. Even today, superstition, as a cultural heritage, remains prevalent in many countries. For instance, in Western culture, since the number 13 is considered unlucky, Formula 1 auto racing bans the number 13 in its entry list for cars (Saward 2009). In Chinese culture, the number 8 is widely considered lucky because it represents “good fortune” and “longevity,” while the number 4 is unlucky because in Chinese it sounds similar to the word “death.” For this reason, the opening ceremony of the Beijing 2008 Summer Olympic Games officially started at 8:08 p.m. on August 8, 2008, while many apartment buildings avoid floors 4, 14, etc. (Kramer and Block 2008). Given the importance of superstition as a global cultural phenomenon, its existence and real impact in financial markets deserve examination.

Taking advantage of China’s unique numerological superstition culture, we have examined stock and bond prices in both primary and secondary markets. According to the Chinese institution, the hundredths digit of an asset’s price would be reported as the last digit, if it is nonzero. Otherwise, the tenths digit of the price would be the last digit. In this study, we focus on the probability of 8 and 4 as the last digit conditional on the hundredths place being the last digit. If an asset’s price ends with the hundredth digit being 8 (4), it would be referred to as a lucky (unlucky) price. We find that for stocks and bonds in both primary and secondary markets, the probability of observing a lucky (unlucky) price far exceeds (falls short of) what would be expected by chance. We refer to this phenomenon as the superstition effect.

To understand the prevalence of the superstition effect, we propose an uncertainty hypothesis. Unlike risk, which can be modeled and resolved rationally through statistical methodologies, uncertainty is related to the intrinsic ambiguity of an asset, which cannot be resolved completely using any rational models. When facing the uncertainty of asset value, numerological superstition is commonly used to alleviate investors’ concern. The implication of the uncertainty hypothesis is that the superstition effect will be stronger for assets with more uncertain fundamentals and for assets traded more by unsophisticated investors, who are more likely to resort to superstition due to lack of information and expertise.

Superstition in the stock market
Stock primary market: Our stock market IPO data is collected from the China Stock Market & Accounting Research (CSMAR) database. The data sample is from January 1, 1995 to March 31, 2021. During the sample period, we collected 4,032 firm IPO cases. We find strong superstition effect for IPO prices in the main board and the Growth Enterprise Market (GEM) board when IPO pricing is more flexibly determined by the market from January 1, 1995 to July 1, 2014. During this period, the probabilities of the lucky and unlucky price conditional on the hundredths place as the last digit reached 33.20% and 4.63%. They both deviate from 1/9 (see footnote 1) substantially. The superstition effect disappeared immediately after July 1, 2014, when strict IPO price control was implemented and the market no longer determined IPO price. The time series of annual probabilities of lucky and unlucky prices conditional on the hundredths place as the last digit are plotted in Figure 1, which demonstrates the robustness and persistence of the superstition effect.

The subsample analysis shows that, for IPOs during the flexible price control period, high P/E ratio firms have a stronger superstition effect than low PE firms. Moreover, the Fama-MacBeth analysis indicates that firms with lucky IPO prices generate lower post-IPO three-year abnormal returns than other IPO firms by about -15%. These findings are consistent with the overoptimism hypothesis.

Seasoned equity offering: The superstition effect exists in seasoned equity offering (SEO) pricing as well. Given the fact that private equity placement (PEP) is the dominant form of SEO in China (see footnote 2), we focus on PEP and find that the conditional probabilities of lucky and unlucky price reach 13.71% and 8.26%, which are significantly different from 1/9. The time series of annual probabilities of lucky and unlucky prices are plotted in Figure 1. The superstition effect in SEO is weaker than that in IPO, which is consistent with the uncertainty hypothesis in that the SEO firms are less uncertain and the participants of SEO are more sophisticated. In contrast to IPO, we find neither the correlation between P/E ratio and superstition effect nor the cross-sectional predictability of lucky price. These findings are consistent with the anchoring hypothesis for sophisticated investors.

Stock secondary market: We focus on the stock open and close prices as they are the two most important secondary market prices. We collected the daily open and close prices for stocks traded in both Shanghai and Shenzhen stock exchange from CSMAR during the period from July 1, 2006 to September 30, 2021. Our sample cover 4,443 stocks and 3,713 transaction days in total.

To examine the asset pricing implications of superstition in the secondary market, we construct long-short portfolios. More specifically, we calculate the frequency difference between the lucky and unlucky close price during the past month for each stock (see footnote 4). We then sort stocks into quintiles based on the frequency difference and go long stocks in the quintile with the largest frequency difference and sell short stocks in the quintile with the smallest frequency difference. The long-short portfolio is held for a month before a new portfolio is constructed. The strategy can generate an abnormal return of 0.5% per month for small stocks, when the close prices are determined by batched auction. The outperformance reverses in the following 3 months. The short-term predictability and long-term reversal together lend support on the overoptimism hypothesis for small stocks, which are mainly traded by individual investors. In comparison, for large stocks, which are traded more by institutional investors, the long-short strategy does not generate any significant result, although there is strong superstition effect for close price. The insignificant result for large stocks is consistent with the anchoring hypothesis.

We find no significant price superstition effect for risk-free bonds, including Treasury Bonds, National Policy Bank Bonds, and Local Government Bonds, but significant superstition effect for bonds with credit risk, including Financial Bonds as well as public and private NFC Bonds. The conditional probabilities of bonds with lucky (unlucky) coupon rates for Treasury, National Policy Bank, Local Government, Financial, and public and private NFC Bonds are 9.94% (10.80%), 10.89% (10.89%), 11.86% (10.44%), 17.56% (7.14%), 20.34% (7.41%) and 24.18% (5.23%), respectively. The time series of annual conditional probabilities of lucky and unlucky prices are plotted in Figure 2. These findings are consistent with the uncertainty hypothesis in the sense that the risk-free bonds bear the minimal uncertainty due to the lack of credit default risk (see footnote 5). Similarly, we discover that bonds with a lower credit rating have a stronger superstition effect in every bond category.

Summary: In this paper, we find that numerological superstition is widely used by investors to alleviate the uncertainty concern across financial markets in China. For sophisticated investors, it provides a natural reference to settle the transaction price without causing systemic mispricing. In comparison, for unsophisticated investors, it is associated with overoptimism and provides an indication of overpricing. 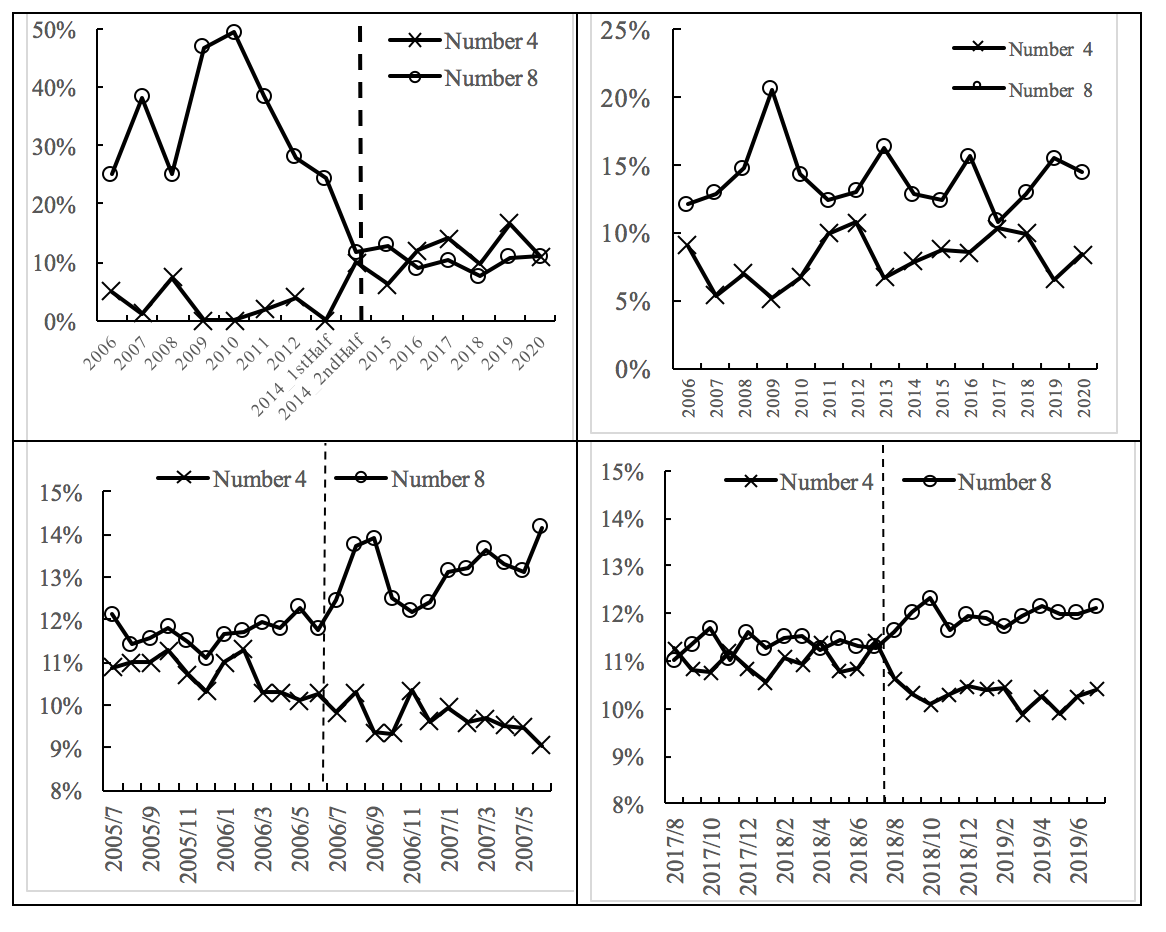 Figure 2: Superstition in the bond market
This figure plots the annual probability (vertical axis) of the numbers 4 and 8 in the hundredths place of the bond coupon rate conditional on that the hundredths digit is nonzero. Each panel depicts the superstition effect for a particular bond type: Treasury Bonds at upper left; National Policy Bank Bonds at upper right; Local Government Bonds at middle left; Financial Bonds at middle right; public Non-Financial Corporate bond at lower left; and private Non-Financial Corporate Bond at lower right. 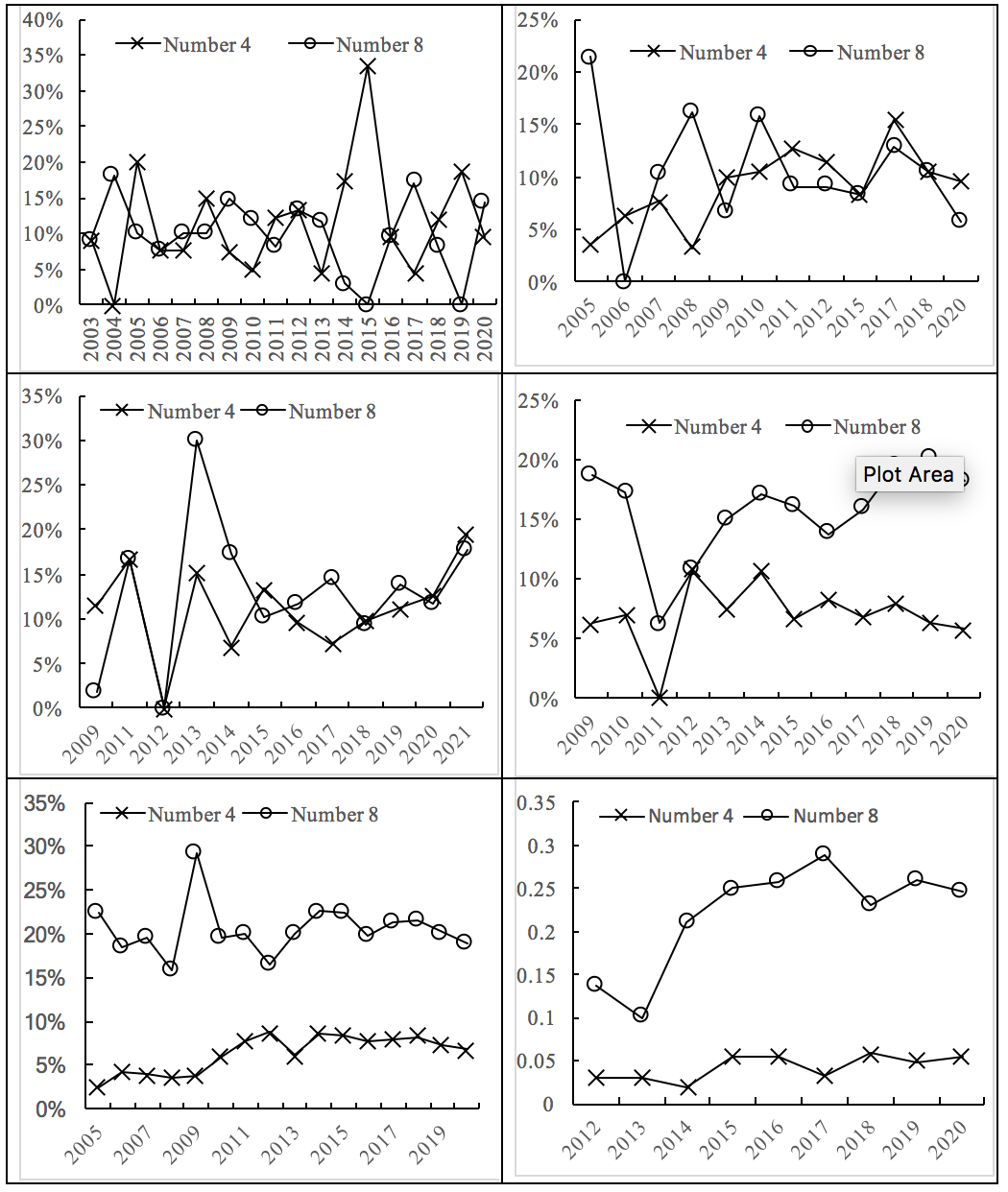 Footnotes
1. The conditional probability determined by chance.
2. There are only 230 public SEOs from January 1, 1998 to March 31, 2021, compared to 4,752 PEP in the same period. In PEP, the participants must be less than 10. In most of the time, the participants include existing shareholders, suppliers, clients, strategic partners, etc.
3. The close price was originally determined by the weighted average trading prices during the last minute before the last trade. The batched call auction has been used to determine the close price since July 1, 2006 for stocks traded in the SZSE and August 20, 2018 for stocks traded in the SSE. The close price call auction starts at 14:57 pm and ends at 15:00 pm with the same mechanism as the open price call auction. Prior to the introduction of the call auction, the closing price was determined as the volume weighted average of transaction stock prices within the last one-minute time interval before the market closed for the day for both exchanges.
4. For robustness, we have tried different forming period ranges from one day to one month.
5. These bonds are held predominantly by institutional investors. Most will hold the bonds to maturity.