The decade from 2010 to 2019 marked a significant turning point in China’s approach to environmental regulation and pollution. This review article examines recent trends in air and water quality, with a focus on the five years following the Chinese government’s announcement of its “war on pollution” in 2014. It also summarizes the emerging literature that has taken advantage of recent improvements in data availability and accuracy to understand the social, economic, and health impacts of environmental pollution in China. 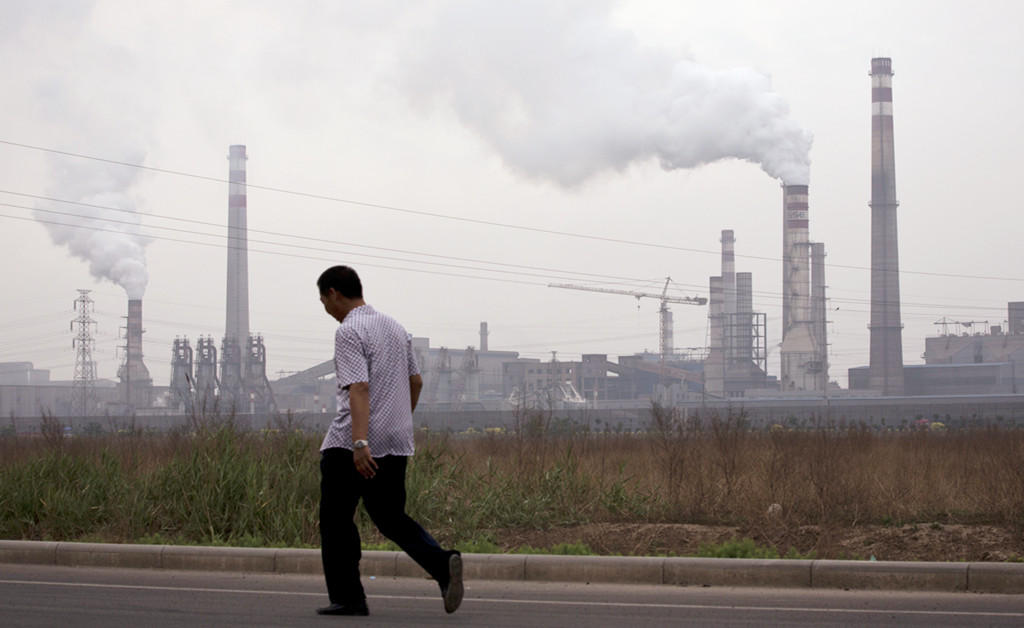 Over the last decade, China reached a significant turning point in its fight against pollution. The country entered the 2010s as the world’s largest consumer of energy and coal, the largest automobile market, and the largest emitter of carbon dioxide and sulfur dioxide. Dubbed “airpocalypse” by the international news media by 2013, severe air pollution episodes in large urban centers such as Beijing resulted in a public outcry over the lack of basic, public information about pollution and the absence of effective government responses (Barwick et al. 2019).

Premier Li Keqiang responded in 2014 by declaring a “war on pollution”—marking a shift away from China’s long-standing strategy of prioritizing economic growth over environmental concerns. The central government undertook unprecedented regulatory changes on multiple fronts, including recognizing fine particulate matter (PM2.5) as a primary pollutant and establishing a national standard to limit the pollutant; setting pollution reduction as one of the key bureaucratic targets in evaluating and promoting government officials; launching a nationwide, real-time air quality monitoring and disclosure program; and more (Barwick et al. 2019; Greenstone, He, Li, and Zou, forthcoming).

These changes led to significant improvements in data availability and accuracy. In Greenstone, He, Li and Zou (2021), we leverage these improvements to investigate the changes in China’s environmental quality and review the emerging literature to understand the social, economic, and health impacts of environmental pollution in China.

First, we use data from China’s new real-time monitoring network, covering 98 percent of the population, to find that local air pollution levels fell significantly. Five years after its peak in 2013, national-level PM2.5 levels declined by about 40 percent, and sulfur dioxide and carbon monoxide concentrations fell by 65 percent and 33 percent, respectively. Analysis of satellite data shows similar declines. In comparison, the United States took at least a decade and two significant recessions to achieve comparable percentage reductions in air pollution following the passage of the Clean Air Act in 1970.

Sources: Authors’ calculations based on the data from the Ministry of Ecology and Environment in China.

Our second goal was to review recent empirical studies that use the distinctive setting in China—with initially high pollution levels, a rapidly changing policy environment, and a range of environmental policies being implemented—to explore the impacts of pollution on human well-being and productivity. In terms of human well-being, recent empirical studies have examined the impact of air pollution on a variety of outcomes, including mortality, mobility, mental health, happiness, and cognitive ability.

Researchers also find that those who live in areas with cleaner air live longer than those exposed to high pollution throughout their lifetime. The causal link between sustained exposure to air pollution and life expectancy is evidenced in two quasi-experimental studies that explore China’s central winter heating system (Chen et al. 2013 Ebenstein et al. 2017). Specifically, the Chinese government provided free or heavily subsidized winter heating to people living north of the Huai River but not to those living south of the river. Since the heating system is coal-fired, it significantly raised air pollution levels in the north. Meanwhile, China’s household registration (or Hukou) system historically restricted migration—not allowing people to leave polluted areas for cleaner areas—which allows the researchers to capture a population exposed to a lifetime of high pollution. Based on these unique features, researchers discovered that PM10 was 46 percent higher in the north, causing a reduction in life expectancy of 3.4 years (Ebenstein et al. 2017).

To quantify the mortality benefit of the observed reduction in PM2.5 concentration shown in Figure 1, we use the Air Quality Life Index (AQLI), which measures the potential gain in life expectancy from pollution reduction based on the estimates from Ebenstein et al. (2017). Holding everything else equal, the AQLI predicts that if the observed reduction in PM2.5 levels between 2013 and 2018 became permanent, it would generate a remarkable gain in average life expectancy of 2.7 years per person.

In addition to its impact on mortality and life expectancy, air pollution has a wide variety of other impacts on society. It leads to greater numbers of missed school days due to respiratory disease and has been found to decrease performance on verbal and math tests, an impact on cognition that worsens with age (Chen et al. 2018, Liu and Salvo 2018, Zhang et al. 2018, Graff Zivin et al. 2020). It increases self-reported mental illness (Chen et al. 2018, Xue et al. 2019). And childhood exposure leads to not only reduced educational achievement, but also lower wages as an adult (Ebenstein and Greenstone 2020). At the same time, cutting pollution allows for increased productivity (Chang et al. 2019. Fu et al. 2021, and He et al. 2019).

When people understand that high levels of pollution can impact their health, they take different actions to protect themselves. Evidence of this is borne out in China as well. For example, people buy more face masks and air purifiers, with a 10-point increase in the AQLI increasing the purchase of anti-PM2.5 masks by 7.1 percent (Sun et al. 2017, Zhang and Mu 2018). This suggests that if China could eliminate 10 percent of heavy pollution days, the country could save approximately $187 million on face masks alone. Increased pollution also causes people to spend more on health care, but less on other consumer goods like at supermarkets, restaurants, and shopping malls (Barwick et al. 2021, Barwick et al. 2019, Sun et al. 2017). And, with improved high-speed rail and air connections, smartphone data and credit information show that people tend to make short trips to less polluted cities (Chen et al. 2018; Barwick, Donaldson, et al. 2020).

Unfortunately, only high-income households can make the choice between staying in or eating out or taking a trip to escape a pollution rough patch. When it comes to pollution, the line between low-income and high-income is stark. Air purifier sales show that households are on average willing to pay $13.4 annually to remove 10 µg/m3 of PM10, with higher-income households willing to pay more (Ito and Zhang 2020). Air pollution has a greater impact on mortality and school attendance in low-income areas than in high-income areas because wealthier people are more informed and can better protect themselves (Fan et al. 2020; He et al. 2020; Liu and Salvo 2018). And ultimately, it is the well-educated and young professionals who end up leaving polluted cities altogether (Chen et al. 2017). Policy reforms could be targeted to better protect and alleviate the effects of pollution on more vulnerable members of society.

China’s revolution in confronting and, ultimately, reducing pollution over the last decade has made it possible for researchers globally to unearth vast amounts of knowledge about pollution’s impacts on human health and society. This information no doubt aids the Chinese government as it continues its efforts to reduce pollution, and Chinese citizens as they take steps to protect themselves. But this new knowledge serves a greater purpose in helping the world to better confront the pollution problem and aggressively work to fight it.

Ebenstein, Avraham, Maoyong Fan, Michael Greenstone, Guojun He, and Maigeng Zhou. 2017. “New Evidence on the Impact of Sustained Exposure to Air Pollution on Life Expectancy from China’s Huai River Policy.” Proceedings of the National Academy of Sciences of the United States of America 114 (39): 10384–89. https://doi.org/10.1073/pnas.1616784114.