Relocating or Redefined: A New Perspective on Urbanization in China

We study the urbanization process in China during the past decade by deconstructing different sources of new urban residents. We find that around one-third of urban population growth in the past decade has consisted of redefined migrants from communities that have been reclassified from rural to urban, though they do not actually move. We further find evidence that failing to consider the number of redefined migrants and their housing behaviors leads to a high housing vacancy rate in China’s urban areas. 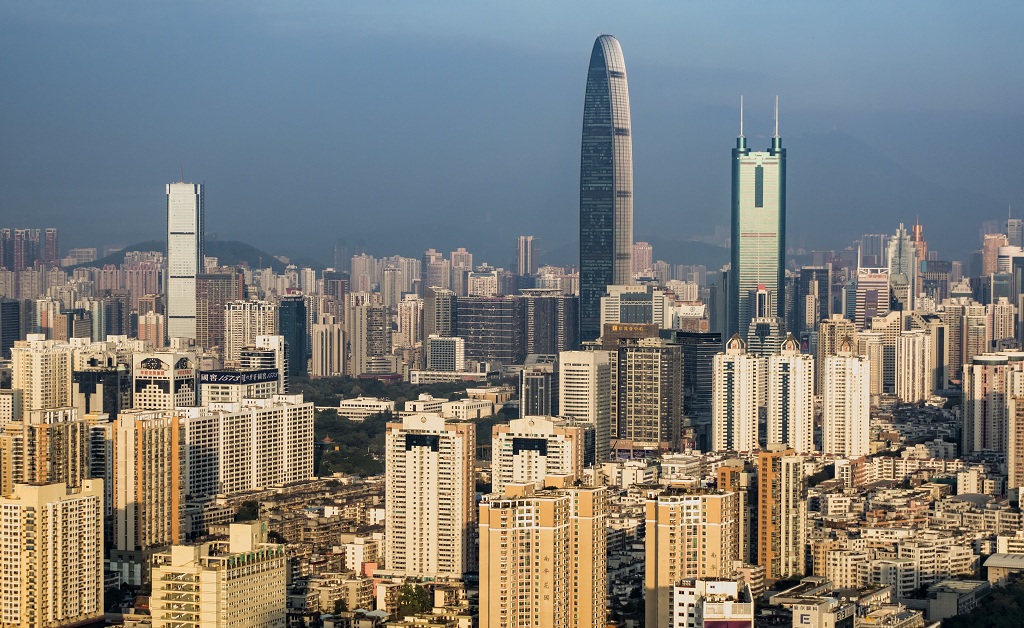 China’s fast economic growth over the past 40 years has been accompanied by an increasingly rapid rate of urbanization. Between 2000 and 2015, China's urban population increased from 459 million to 771 million, and the urbanization rate increased from 36.2% to 56.1%. Accompanying this unprecedented growth (Christensen and McCord 2016) is the boom in the urban housing market. However, recently a study by the China Household Finance Survey (CHFS) estimated that there were approximately 50 million vacant housing units in 2014 and 65 million in 2018 in urban China, accounting for more than 20% of the urban housing stock (Table 1) (see Note 1). However, if one looks at the total completed residential housing units and the total increase in urban households since 2000 (Figure 1) and assumes that each newly added urban household occupies one unit, it is impossible to find such a large number of vacant units in urban China (see Note 2). This article shows how the oversupply of urban houses is attributable to redefined migrants who constitute a significant source of urban population growth but have been overlooked by both researchers and relevant policy makers. 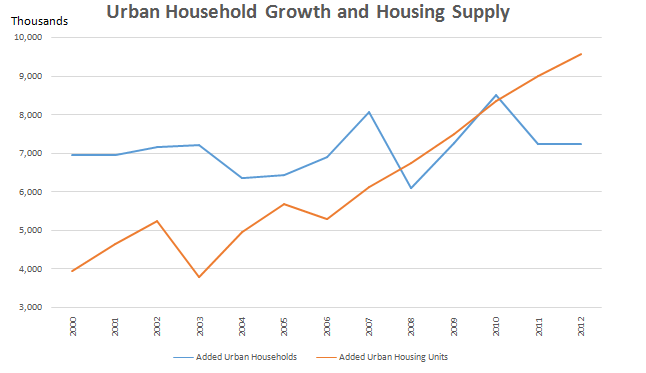 Besides natural changes from birth and death, urban population growth results from two main sources: migration from rural to urban areas (relocating migrants), and expansion of urban areas. Residents living in these expanded urban areas are reclassified as urban residents, referred to as redefined migrants because they in fact do not relocate. Using 1990 and 2000 census information, Wang (2004) estimated that 52% of total urban population growth came from the establishment of new cities or towns or the expansion of current city or town boundaries, which is contextually similar to the concept of redefined migrants. Chen and Song (2014) employed census data to determine that between 2000 and 2010, 40% of new urban residents were redefined migrants. We complement their work by deconstructing urban population growth in the 2010s and providing a new method to annually measure different sources at more disaggregated levels by using the rural-urban dichotomy information issued by the National Bureau of Statistics.

The current standard for rural-urban dichotomy, issued in 2008, defines urban areas at the community level. Figure 2 shows a snapshot of this information from the National Bureau of Statistics website. After tracking and matching nearly 700,000 communities from 2009 to 2017, we find that nearly 4% of 2010 rural villages were reclassified as urban by 2015. Relying on community survey data from CHFS, we translate the number of reclassified communities into the number of redefined migrants between 2010 and 2015, which is around 33.83 million, accounting for one-third of all urban population growth during that five-year period. This standard is solely based on land contiguity and does not take into account population densities, economic activities, or residential infrastructures of the community. Hence, it is possible that a community could be reclassified from rural to urban simply because its attribute of land contiguity has been changed. In fact, by exploring the CHFS dataset, we confirm that these reclassified communities, though statistically treated as urban, are much more similar to rural villages in both demographic and economic characteristics, while redefined migrants living in these communities maintain their traditional rural lives, especially in their housing behaviors and demand. Figure 3 shows a reclassified community in Deyang City, Sichuan Province, in western China (see Note 3). 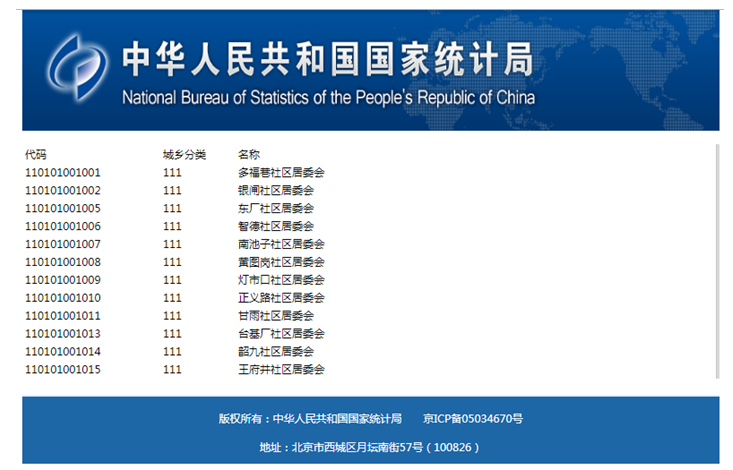 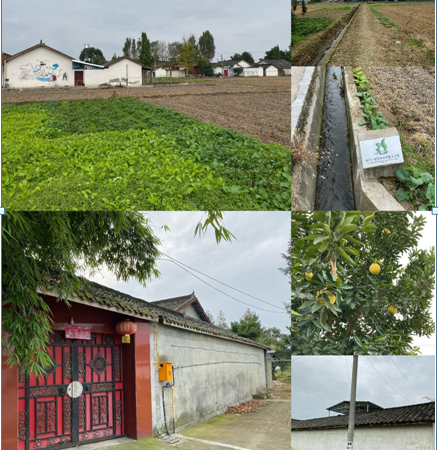 To summarize, we show that a large wave of newly added households in urban areas exists simply because the areas they live in have been reclassified from rural to urban. These redefined migrants comprised 34% of total urban population growth from 2010 to 2015; they had little demand in urban housing markets since they “brought” their own housing units into urban areas. To quantify its size, we simply combine our estimated number of redefined migrants with that of Chen and Song (2014). We find that during the first 15 years of this new millennium, the number of newly added urban households from redefined migrants brought around 38.79 million housing units into urban areas, accounting for nearly 80% of the total number of vacant housing units estimated by CHFS in 2014. This result provides evidence for the high vacancy rate found by CHFS.

We believe that the high vacancy rate in urban China is a misallocation problem that at least partially results from overestimating the demand of urban housing markets. With respect to the urbanization rate, we argue that the rule that divides urban/rural areas simply due to the land contiguity might not be sufficient to separate urban areas from rural areas. A more comprehensive way to categorize urban areas might be helpful in accounting for the real urbanization rate in China.

Note 1: See the working paper for the sources of these vacancy rates at https://www.nber.org/papers/w26585

Note 2: In fact, this is actually the argument for those who do not believe this high vacancy rate in urban China.

Note 3: This community was reclassified in 2011 and the pictures were taken in 2019.

Wang, Fang.2004. “Composition of Population Growth between the Fourth and Fifth Census in UrbanChina.” (In Chinese) Population Research 28(3): 60–67.