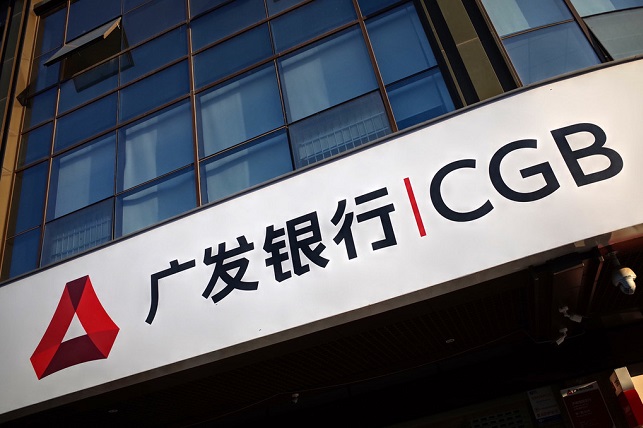 Bond markets matter in several ways, not the least of which is because they offer an alternative to bank lending. The rise of the Chinese bond market over the past two decades has been fast-paced. Started in 1997, it has risen to become the second largest bond market in the world,  behind only the United States as of June 2019.

However, a distinct feature that seems to be inconsistent with its role as a spare tire of the financial system is that the participants remain highly concentrated in one particular type of financial institutions—banks. The Chinese interbank bond market has been closely intertwined with the banking system ever since the establishment of the bond market in 1997, when the People’s Bank of China (PBC) mandated the commercial banks to be the first to issue bonds and engage in trading. It is crucial to recognize that the official statistics significantly underestimates the dominance of banks—including both commercial banks and policy banks—in the Chinese interbank bond market, through the following three channels.

(a) Corporate bonds as a form of disguised bank lending

It is well-known among practitioners and regulators that in China, commercial banks participate in the bond market via two channels. First, the direct on-balance-sheet channel, through which the bank’s so-called financial market division buys and sells bonds (and engage in arbitrage trades) in the interbank market. Second, the indirect off-balance-sheet channel, in which the bank’s asset management division establishes wealth management plans (like the Special Purpose Vehicle in the U.S. market) financed by wealth management products (WMPs) and invests in both interbank and exchange markets. The predominate share of commercial banks (57%) in the interbank bond market (shown in Figure 1) only counts the first channel. 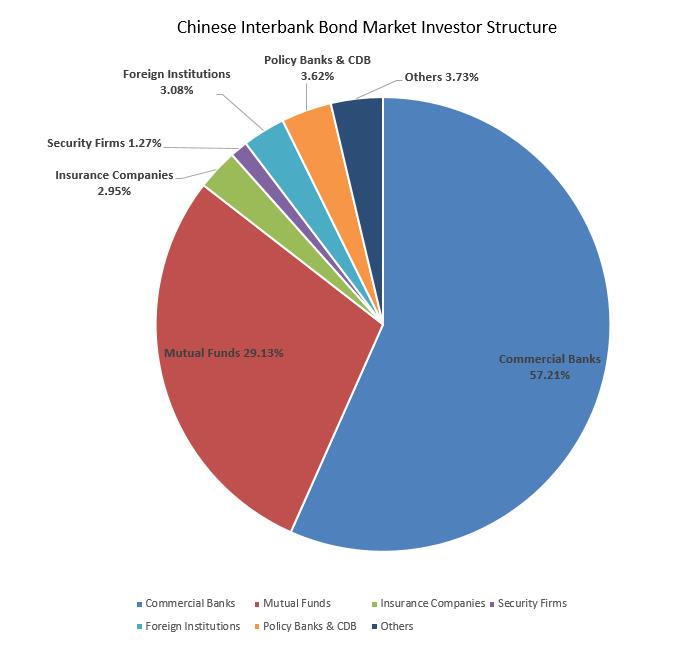 This perspective suggests that in China’s financial system, corporate bonds, to a significant extent, can be considered another form of disguised bank financing. Facilitated by increasingly sophisticated shadow banking activities, the transfer of on-balance-sheet loans (inside the traditional banking system) to off-balance-sheet assets (outside the traditional system, such as corporate bonds) is commonly observed, especially when banks were facing tightened regulation on the overheated real estate sector and local government financing vehicles (LGFVs, 地方政府融资平台). This is why practitioners often argue that in China, as opposed to other developed countries, shadow banking is literally just the “shadow” of banks.

Let us take the example of WMPs, which are the biggest component of shadow banking in China and the most important vehicle to connect back to the banking system. Since 2014, the China Banking Wealth Management Registration System has released an annual report on WMPs that gives an official account of the role played by WMPs in today’s Chinese financial system. According to these reports, WMP were mostly invested in the bond market, with the percentage to be 44% and 42% in 2016 and 2017, respectively.

In fact, many industry reports corroborate the view that WMP are mostly invested in the bond market. Ehlers et al. (2018) estimate that 38% of the net issuance of all bonds was funded via bank-issued WMPs in 2014; the funding percentages were 35% in 2015 and 31% in 2016. In a more recent study, Lei et al. (2018) find that 7 trillion RMB out of 18 trillion RMB in corporate bonds’ outstanding balance is funded by WMPs.

Chen, He, and Liu (2019) argue that China’s shadow banking problem is connected to the local government debt problem, which is further rooted in the four-trillion RMB stimulus rolled out in 2009 (Note 1). They document that soon after mid-2010, indebted LGFVs were squeezed by tightening credit standards from traditional banks. However, LGFVs needed to refinance their maturing bank loans and/or fund ongoing infrastructure projects three to five years after the 2009 stimulus plan. As a result, these LGFVs then started issuing municipal corporate bonds (MCBs) in the interbank market. The majority of these MCBs were bought by WMPs, which were sold and implicitly guaranteed by commercial banks.

Overall, evidence suggests that the bond market is an integrated part of the bank-dominated shadow banking in China.

(b) Exposure through guarantee provisions

The second important, yet less well-known channel through which commercial banks are exposed to corporate bond default risk is that commercial banks facilitate industrial firms’ issuance of bonds in the interbank market by providing guarantee provisions for corporate bonds. It is hard, though, to estimate the severity of this risk exposure.

To illustrate this point, consider the case concerning the Cosun bonds (侨兴债事件) scandal, which involved financial innovations, shadow banking, and (some malfunctioning of) the commercial banking system in China. In December 2016, the Cosun Group, a privately owned telecommunications company in Guangdong, defaulted on a series of its privately placed notes issued two years prior. Shocked by the default news, retail investors went to Zheshang Insurance, the insurance company that insured this credit event. But Zheshang Insurance immediately made a public announcement stating that China Guangfa Bank, one of the earliest incorporated joint-stock commercial banks, had guaranteed repayment to Zheshang Insurance at the bond issuance but reneged on its promise. It turned out the Huizhou Branch of China Guangfa Bank provided a counterfeit guarantee letter for the bond issuance, which helped Cosun to issue these bonds for the purpose of rolling over Cosun’s maturing loans. Who extended these loans several years prior?  Not surprisingly, the Huizhou Branch itself.

The third, and probably the least well-known role that banks play in the interbank bond market is via the benchmark rate. Internationally, the bond market of each sovereign country provides a risk-free benchmark for its currency. In most of countries, this essential role would be played by treasury bonds, which are usually the most liquid part of the government bond market. Not so in China.

China Development Bank, as the most important policy bank in China, is fully backed by the central government. Thanks to the extended role of banks in the Chinese interbank bond market, as well as the fact that CDB bonds have the same tax treatment as other fixed-income securities, market practitioners widely accept CDB bonds—not treasury bonds—as the risk- free rate in CNY.

Regulatory Tightening as the Answer to Bank Guarantee Starting in 2017

The Chinese government is well aware of the first two channels, as it is the “shadow of bank” activities and guarantees that essentially tie the commercial banking sector to the financial products offered in the interbank market. The broad-based regulatory tightening started in 2017 is expected to reshape the Chinese financial market in a profound way, bringing a sea change in the interbank market. Under this new framework, WMPs will be scrutinized by the PBC for the first time regarding banks’ capital adequacy and loan growth. An equally important regulatory tightening is on the rules of new asset management plans. These rules were first proposed in November 2017 and released in April 2018, but are yet to be finalized. The new rules aim to prohibit implicit guarantees and multi-layer structures, which in the past decade were the two key ingredients that contributed to excessively high leverage in China’s shadow banking system.

Not surprisingly, in response to policy changes, the Chinese bond market experienced a severe downward adjustment recently. In 2017, the annual increment of the value of outstanding bonds dropped about 35%, from 16 trillion RMB in 2016 to 10 trillion RMB in 2017. This resulted in a recent resurgence of corporate defaults in the Chinese bond market (Amstad and He, 2019b).

Note 1: Chen, He, and Liu (2019) also draw striking similarity between the upsurge of shadow banking in China’s post-stimulus period and the financial development in the United States during the National Banking Era (1863–1912).

(Marlene Amstad, The Chinese University of Hong Kong, Shenzhen and ABFER, and Zhiguo He, University of Chicago, Booth School of Business, and NBER; Tsinghua University, School of Economics and Management.)