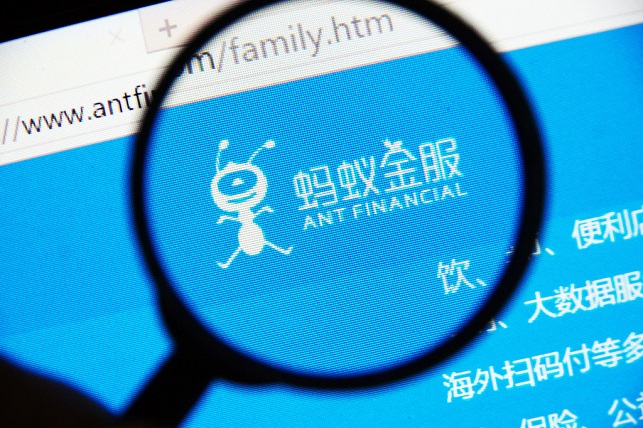 BigTech firms, i.e. large technology firms whose primary business is digital services, are entering finance. Their entry into finance started with payments. Increasingly, they have expanded beyond payments into the provision of credit, insurance, and toward savings products, either directly or in partnership with incumbent financial institutions. The main advantage of BigTech firms is their ability to exploit their existing networks and the massive quantities of data generated by their existing business lines. Their entry raises a number of important questions. For instance, what are the economic forces that best explain BigTech’s adoption of finance services? Do BigTech lenders have an information advantage from their access to users’ data or from technological advantages arising from innovations in processing methods, particularly in relation to credit scoring? Are there differences in the performance of firms that receive BigTech credit? Our paper addresses these questions.

The Presence of BigTech as a New Form of Financial Intermediation

BigTech is a subset of FinTech innovation. The ability of new FinTech entrants to more accurately price credit is the subject of new research by Jagtiani and Lemieux (2018a) (in the case of United States), and Berg et al. (2018) (in the case of Germany). Our new study (Frost, Gambacorta, Huang, Shin, and Zbinden, 2019) looks at the information advantage of BigTech. Using exclusive data from BigTech lenders in emerging markets, we show that this advantage may extend to borrowers, too: the small business clients of BigTech lenders tend to have higher sales and a wider range of products than rival firms. BigTech lenders themselves thrive in countries with less-developed, less-competitive banks and looser regulation.

BigTech lending is perhaps most advanced in some business segments in China. It is led by Ant Financial (part of Alibaba Group) and Tencent, each of which is active across a broad range of financial services for retail and small business clients (Chen, 2016; Luohan Academy Report, 2019). Baidu, JD, and now TikTok also offer payment services. Moreover, BigTech firms are lending across a number of emerging-market countries. In Korea, after the introduction of a virtual banking license in 2017, the online-only banks Kakao Bank (owned by internet company Kakao) and KBank (owned by Korea Telecom) lent respectively $4.5 billion and $1.3 billion by year-end. In Southeast Asia, Grab had a loan book of $700 million in Southeast Asia as of late 2017, with a focus on Indonesia (Russell, 2018). In Brazil, Argentina, and Mexico, Mercado Libre lent $127 million over 2017 through its product Mercado Crédito. Meanwhile, in Europe, telecom company Orange has a banking license for Orange Bank. In December 2018, Google acquired a Lithuanian payments license, but it has so far not engaged in large-scale lending. While BigTech credit is rapidly growing, at the global level, it remains quite limited compared with other forms of financing (see Figure 1). The total flow of FinTech credit in 2017 represents around 0.5% of the total stock of private sector credit at the global level (including bank loans).


•    First, BigTech firms have a well-established client base of users of their e-commerce platforms, messaging services, or search engine. They gain access to extensive user data through their existing platforms.


•    Second, they use advanced technology, for example, artificial intelligence, to parse massive volumes of data. BigTech lenders can exploit data generated by their networks and machine learning to tailor prices and distribute financial services. Credit and other services are typically provided without human intervention.


Of course, BigTech firms may also benefit from network effects, but the jury is still out on their size and relevance (Tucker, 2019).

In our analysis, we also look at credit assessment techniques. Using data from Mercado Libre and its lending product Mercado Crédito, we determine that credit models that use machine learning and data from the e-commerce platform are better at predicting losses than traditional credit bureau ratings (Figure 2). In particular, this figure highlights the area under the receiver operating characteristics (ROC) curve for each model. The ROC curve is created by plotting the true positive rate (TPR) against the false positive rate (FPR) at various threshold settings. The TPR is also known as the hit rate or sensitivity. The false-positive rate is also known as the fall-out rate or probability of false alarms, and can be calculated as (1 − specificity). The area under the ROC curve (AUROC) ranges from 50% (purely random prediction) to 100% (perfect prediction).

The predictive power rises substantially for a model that uses the data from the e-commerce platform. The predictive power of the scoring system depends not only on the high granularity of the data for the vendor, but also on exploiting the network structure of vendors and customers. For example, fraudulent applications could be detected by identifying isolated clusters of nodes that have limited connections with other businesses. But the jury is still out. Any judgement on the ability of BigTech credit scoring to pinpoint creditworthiness more effectively should be based on a complete cycle, evaluating the probability of default in stress situations.


Finally, the study uses detailed micro data from two firms to compare borrowers and their performance after accessing BigTech credit. The results show that small firms in Argentina that used BigTech credit offered more products and had higher sales than firms without credit in the following year. Small firms in China also offered more products. The positive real effect of the BigTech credit digital technology can play a powerful role in fostering inclusive growth patterns, especially in developing economies (Chen and Spence, 2018).

The entry of BigTech into financial services is proceeding rapidly. Having started with payments, BigTech companies in some jurisdictions have more recently expanded into lending, insurance, and even savings and investment products, either directly or with financial institution partners. Understanding the competitive and comparative advantages of BigTech in financial intermediation is a necessary first step for assessing the opportunities these technological developments may provide for enhancing financial intermediation, the role they may play for the real economy, and the challenges this may entail.

In this article, we have shown evidence that one BigTech lender has an information advantage in credit scoring relative to a traditional credit bureau. Also, based on data for two firms in Argentina and China, we show evidence that BigTech credit can support firms’ sales and supply of online products.

The rapid growth of BigTech services in finance will undoubtedly bring changes that have both benefits and drawbacks, as well as possible risks to the financial system (FSB, 2017; 2019). BigTech firms may enhance competition and financial inclusion, particularly in emerging market and developing economies, and contribute to the overall efficiency of financial services. Conversely, such firms may further concentrate market power or even give rise to new systemic risks. Moreover, it is important to understand how BigTech firms fit within current frameworks of financial regulation, and under which principles regulation should be organised. All these are relevant aspects for future research.


Jagtiani, J and C Lemieux (2018a). “The Roles of Alternative Data and Machine Learning in Fintech Lending: Evidence from the Lending Club Consumer Platform,” Federal Reserve Bank of Philadelphia Working Paper, no 18–15.

Jagtiani, J and C Lemieux (2018b). “Do Fintech Lenders Penetrate Areas that are Underserved by Traditional Banks”, Federal Reserve Bank of Philadelphia Working Paper, no 18–13.