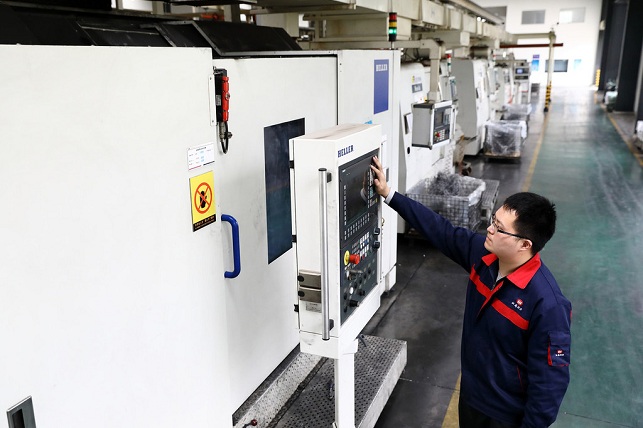 Motivated by the realization that China’s economic growth model that relied on three major factors—cheap labor, capital deepening supported by high savings (depressed consumption), and technology, most of which came from advanced foreign countries—is about to become obsolete, the Chinese government has been trying to encourage innovations by Chinese firms through various subsidy programs (König et al., 2018). Using data from the China Employer Employee Survey (CEES), we study the allocation and impacts of the innovation subsidies in China in a recent NBER working paper (Cheng et al., 2019). We examine what type of firms are more likely to receive the innovation subsidies and if the subsidized firms are more likely to be innovative (measured by the number of patents and the likelihood of introducing new products), productive, and profitable.

China’s innovation policy has been mostly industrial targeting policy, which identifies several targeted industries and then supports them through subsidies, tax breaks, and preferential (and subsidized) financing. For example, China’s government targeted the new-energy vehicle industry in early 2009 as one to promote. According to the Ministry of Finance of China, from 2009 to 2015, the total amount of subsidies to the new-energy vehicle industry given by the central government amounted to about 33.4 billion RMB. In addition to the central government, local governments also provided matching subsidies that amount to 30% to 100% of the central government subsidies. The latest version of this targeting phenomenon is Made in China 2025 (MIC 2025). The MIC 2025 program is aimed at transforming China from a low value-added manufacturing giant into a global, high value-added manufacturing power. Numerous policy tools will be used to achieve the goals of MIC 2025, which targets ten industries (e.g., next generation information technology). Of these tools, the most important are subsidies to innovative firms in the targeted industries (European Union Chamber of Commerce in China, 2017; U.S. Chamber of Commerce, 2017).

Our data come from the China Employer Employee Survey (CEES), which is conducted and administered by the Institute of Quality Development Strategy (IQDS) at Wuhan University. The data used in this paper are from wave 2015 and 2016. The sample firms come from the Third Economic Census, which was conducted in early 2014. Sampling was conducted in two stages, each using probability proportionate-to-size (PPS) sampling, with size defined as the number of employees involved in manufacturing. Thus, the firm sample is representative of the employment size of firms in China (CEES Research Team, 2017).

CEES contains the information on the technology and innovation subsidies, which are the central subsidies in the MIC 2025 and what we examined. CEES asks each firm if it received various subsidies. We take four of the subsidies (environmental protection technology subsidies, new-energy technology subsidies, high-tech subsidies, and technological upgrading subsidies) to be the innovation subsidies. In examining the allocation of technology and innovation subsidies, a key question that we ask is whether the subsidies are allocated primarily to the firms that show greater promise to be innovative or to those firms that are politically favored. We use ownership by the state as one way to define politically favored firms. We also use political connection through People’s Congress (PC) or Chinese People’s Political Consultative Conference (CPPCC) membership as another proxy for political favoritism in our analysis. Specifically, we consider a firm politically connected if the CEO or the owner of the firm is a member of PC or CPPCC (at the national or local level).

Unlike private firms, state-owned enterprises (SOEs) have natural connections with the government, thus they are more likely to get innovation subsidies. Moreover, SOEs are imposed on various policy burdens (e.g., maintaining social stability) by the government, which also enables them to enjoy preferential treatment from the government. Apart from state ownership, however, there are some other channels that firms can use to establish close relations with the government. In China, firms can obtain political connections by acquiring seats for their CEOs in PC or (more often) CPPCC. Many studies show that such political connections can help firms to obtain favors (Faccio, 2006; Li et al., 2008).

To examine whether innovation subsidies are more likely to be allocated to SOEs or politically connected firms, we estimate some regressions using an innovation subsidy dummy as the dependent variable and a state ownership dummy and a political connection dummy as the independent variables. The regression analyses show that the innovation subsidies are more likely to be allocated to SOEs and politically connected firms even when some firm attributes and entrepreneur attributes are controlled for (i.e., the number of employees, firm age, export status, R&D intensity, and the CEO’s educational and professional experience). All the regression models that we estimate also include 26 industry dummies and one province dummy that takes 1 for firms in Hubei Province and 0 for those in Guangdong Province. Notably, the results show that political connection is more important than state ownership in determining the likelihood of a firm receiving innovation subsidies.

We also find that, since 2015, the innovation subsidies have been allocated preferentially to the industries targeted by MIC 2025. These subsidies most likely will continue to be the most important tools in implementing MIC 2025.

Our result is consistent with the findings by Dang and Motohashi (2015), which examined patent data in China. They find that the subsidy programs that they examine actually encourage firms to narrow the scopes of patents to make it easier to obtain them.

Our findings have important implications for the Chinese government, which is attempting to stimulate innovations. The government seems to believe that industrial policies, such as innovation subsidies, will transform China into a world leader in innovations and foster greater economic growth. Many critics outside China view these attempts as a mere manifestation of China’s traditional preference for state-led economic development, which not only survives today, but rather has been intensified. Our results suggest that these industrial policies are not effective in promoting innovations and can distort the allocation of economic resources. If the Chinese government wishes to promote innovations in the long run, phasing out these preferential policies in favor of creating a fair and competitive business environment for all economic players will likely be more effective.

König, Michael, Kjetil Storesletten, Zheng Song, and Fabrizio Zilibotti (2018). “From Imitation to Innovation: Where Is All That Chinese R&D Going?” Working Paper. https://economics.stanford.edu/events/imitation-innovation-where-all-chinese-rd-going