Trademarks, which identify the source of goods and services, account for the majority of intellectual property filings worldwide. We investigate how firms adapt to the introduction of trademark institutions by exploring a historical precedent: China’s trademark law of 1923, an unanticipated and disapproved response to end foreign privileges in China. By exploiting a digitized firm-employee dataset from Shanghai from 1872–1941, we show that the trademark law shaped firm behavior on all sides of conflicts and transformed the relationship between Western businesses and Chinese intermediaries. The trademark law led to new domestic linkages, both within and outside the boundary of Western firms, and fostered the growth of Chinese intermediaries. 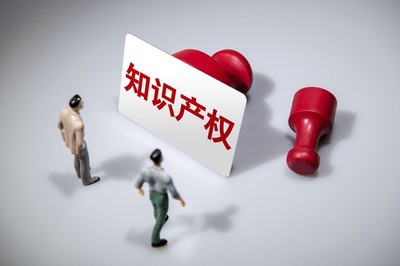 Trademarks, a form of intellectual property (IP) that identifies the source of products and services, are available to all firms. Each year, trademark applications account for the majority of IP filings worldwide (e.g., 69% of the 25 million IP filings in 2020); within IP-intensive sectors, trademark-intensive industries contribute most to employment (around 90% in the United States and 78% in Europe).

Unlike patents and copyrights, the economic rationale for trademarks is to solve an asymmetric-information problem in which buyers are unable to observe intrinsic product characteristics at the point of purchase. One way sellers overcome this problem is to use a trademark to signal the producer’s identity to the consumer (Grossman and Shapiro 1988). Because of the distinct rationale, the impact of trademark protection—protection of a firm’s exclusive right to use a mark—can differ significantly from that of other types of IP. (See Moser 2013 for a comprehensive review of patent institutions and Biasi and Moser 2021 for a recent study of copyright protection.) However, few empirical studies have examined the economic effects of trademark protection, with the exceptions of Qian (2008), Heath and Mace (2019), and Kuroishi (2020), who provide evidence on the responses of brand firms to changes in trademark protection.

A key challenge in assessing the effects of trademark protection is the scarcity of large and exogenous variations in the degree of trademark protection, especially after a trademark law is introduced and implemented. Our paper exploits the birth of China’s 1923 trademark law, a policy experiment by the Chinese Republican government motivated not by domestic economic incentives but rather by the desire to end long-standing privileges (such as extraterritoriality) enjoyed by foreign powers due to a series of “unequal treaties” signed in the previous century.

The timing of the introduction of the trademark law was unexpected. After the Treaty of Shimonoseki in 1895, Japanese counterfeits of Western trademarks increased rapidly, leading to a large volume of trademark disputes, many involving Chinese intermediaries, which spanned products from tobacco and textiles to food and cosmetics (Motono 2011, 2013). Because Great Britain and Japan both tried to export their trademark laws with contradictory filing principles, their disagreements led to an indefinite postponement of domestic trademark law in China. In May 1923, completely unanticipated by the foreign community, the Chinese government announced its first trademark law and informed foreign governments only after the law was put into force. Both the Western nations and Japan refused to recognize the law, only later to be overtaken by reality, as firms rushed to register their trademarks.


We investigate the economic impact of China’s 1923 trademark law through the empirical analysis of Shanghai’s Concession Era (1870–1940), during which Shanghai emerged as China’s most economically important city, accounting for over half of the nation’s trade and, by the 1930s, two-thirds of the foreign investment in manufacturing (Ma 2008).

We manually digitized and assembled an annual business-employee panel dataset covering the universe of firms operating in Shanghai's concessions, as well as a dataset of Chinese trademark registrations after the law. We also collected detailed monthly brand-level price series from the Shanghai Market Prices Report and firms’ brand advertisements in the leading Chinese daily newspaper, Shen Bao. For intermediaries, the largest sector in Shanghai, we constructed comprehensive lists of client names and nationalities.

Our data reveal a significant transformation in the volume and composition of businesses and industries. For example, the number of businesses grew rapidly from 771 to 1,624 in 1920–1930 alone. Total employment also rose from about 5,000 in 1920 to 13,000 in 1930. While wholesale constituted the dominant sector due to Shanghai’s status as a major port, the city’s economy also experienced gradual growth in manufacturing, increasing from 6.2% of employment in 1920 to 20% by 1930.

Firm Growth on the Different Sides of Trademark Conflicts

Examining firm dynamics surrounding the establishment of the trademark law, our analysis suggests that the law played a significant role in shaping the growth and organization of trademark-dependent firms.

To measure dependence on trademark protection, we calculate the share of pre-1922 trademarks across product categories in countries where trademark registration was possible, based on historical trademark data from the World Intellectual Property Organization. We then compute a firm-specific measure by mapping product-level trademark intensity to the firm’s product composition before the law.

Employment of trademark-intensive Western firms, which suffered most from trademark infringements, grew by 5% on average (Figure 1). In contrast, Japanese and Chinese businesses, which were most frequently accused of counterfeiting, experienced a reduction in employment (Figure 2). In expanding their employment, Western firms increased their recruitment of engineers and manufacturing staff, signaling a transition from wholesale to domestic manufacturing. Japanese firms, meanwhile significantly cut their sales employees. 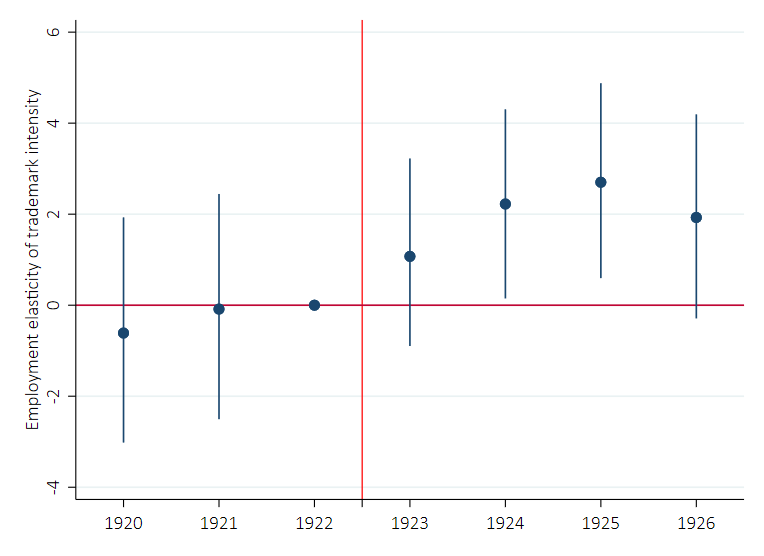 Figure 1: The effect of the trademark law on Western firm employment

Notes: This figure plots the estimated elasticities of Western firms’ employment with respect to trademark intensity in 1920–1926. 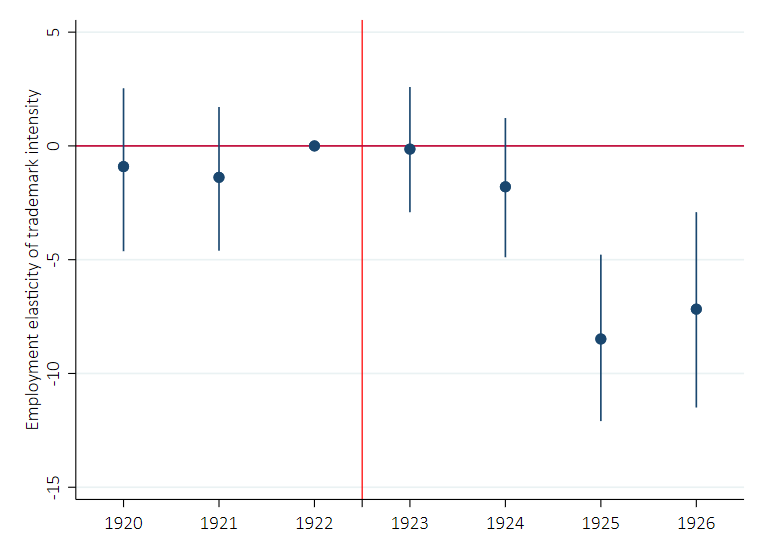 Figure 2: Effect of the trademark law on Japanese and Chinese firm employment

Notes: This figure plots the estimated elasticities of Japanese and Chinese firms’ employment with respect to trademark intensity from 1920–1926.

Matching trademark registrations to firm outcomes shows a similar pattern: firms obtaining trademarks after the law experienced a significant growth relative to those that did not.

The trademark law also transformed the relationship between Western businesses and Chinese intermediaries. Our analysis shows that the trademark law led to greater domestic integration by Western firms, both within and outside the boundary of the firm. First, exploring Chinese employees’ positions within the hierarchies of Western firms, we find that trademark-intensive Western firms became more inclined to promote Chinese employees and recruit Chinese individuals for sales positions.

Second, Western manufacturers began pursuing new linkages with Chinese intermediaries and using Chinese agents to expand market access. An alternative to setting up a foreign-owned subsidiary in a treaty port like Shanghai was to enter the Chinese market via domestic agents. Before the trademark law, Western firms might have feared that Chinese agents would mix their branded products with counterfeits, undermining their brand value (Motono 2011). The establishment of trademark protection mitigated such concerns. Our analysis shows that Chinese intermediaries became more likely to act as agents for foreign firms after the trademark law. These new linkages subsequently fostered the growth of Chinese intermediaries.

A long-standing concern about IP institutional reforms has been their potential effect on market competition. In the case of trademark institutions, we find that the 1923 law led to net growth among existing trademark-intensive products as well as the introduction of new product categories. These results imply that the impact of the trademark law went beyond a pure reallocation from counterfeiting to authentic firms and entailed increases in consumer demand and market variety. This result is echoed in our investigation of price responses to trademark registrations: we find that Western brands did not increase prices after registering their trademarks.

These findings underscore the distinct roles of trademark institutions compared to other forms of IP and the prospect of enforcing trademark protection to reduce consumer-related information frictions while sustaining market competition and fostering domestic sectors. The evidence also highlights the importance of domestic trademark institutional reforms for industrial growth and integration, an issue that remains salient in today’s global economy and policy debate.

Kuroishi, Yusuke. 2020. “The Value of Trademarks: Micro Evidence from Chinese Exports to Africa.”