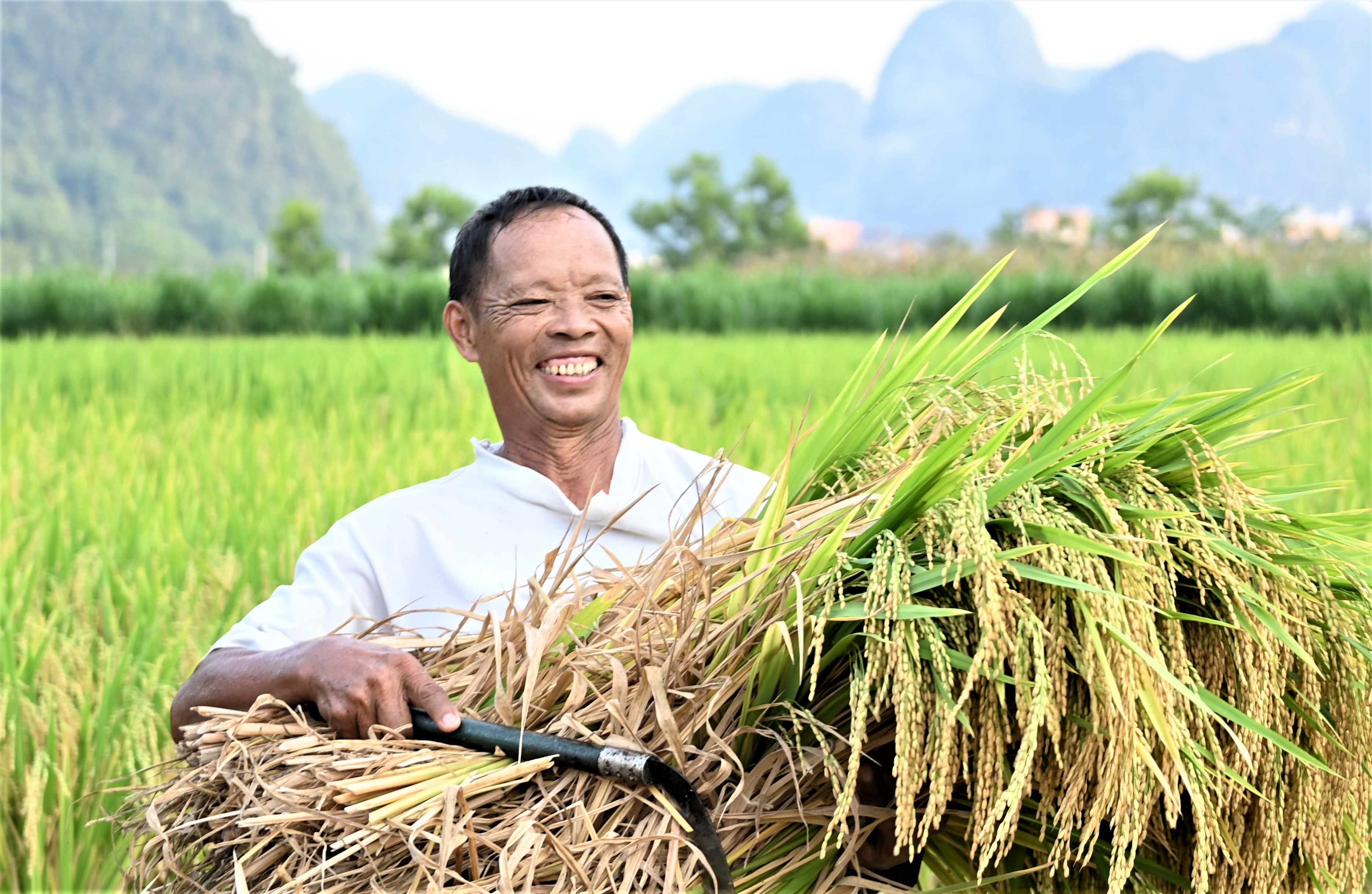 We are what we eat. The rice theory of culture (Talhelm et al. 2014) predicts that people are more collectivist in regions with a long history of growing rice than people in wheat-growing regions. The reason is that paddy rice requires more intensive irrigation and labor relative to wheat, and thus, requires more cooperative work with a farmer’s family members and neighboring farmers. However, such farming arrangements are not required in wheat-farming regions and therefore, wheat farmers are more individualistic compared with rice farmers.


We focus on the influence of the agriculture-based collectivist culture on how entrepreneurs lead their companies. As China’s private sector was shut down in 1949 and reemerged only in the 1980s, the 30 years of discontinuity resulted in a unique setting in which to observe an entirely new generation of entrepreneurs and the initial allocation of ownership and management rights of the firms they founded.Based on manually collected data on founders’ birthplaces and their family members taking ownership or managerial positions of 1,103 private-sector firms that went public during 2004–2016, we find that founders brought up in regions with stronger collectivist cultures engage more family members as managers, retain more ownership within the family, and share ownership with more family members, resulting in a significantly more diffused family ownership structure, as the below figures show. 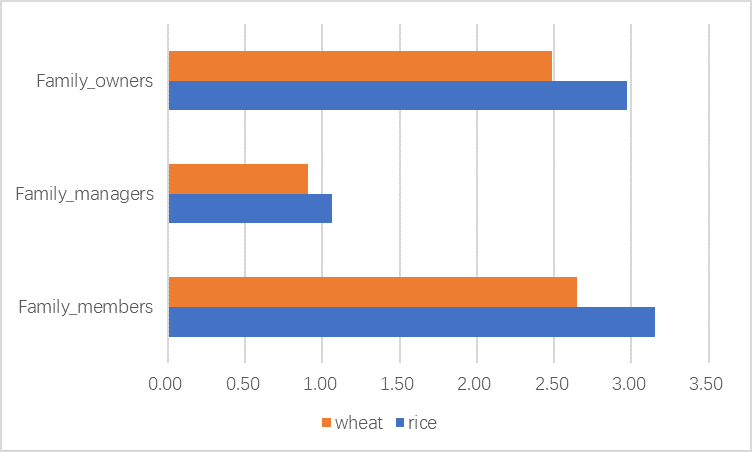 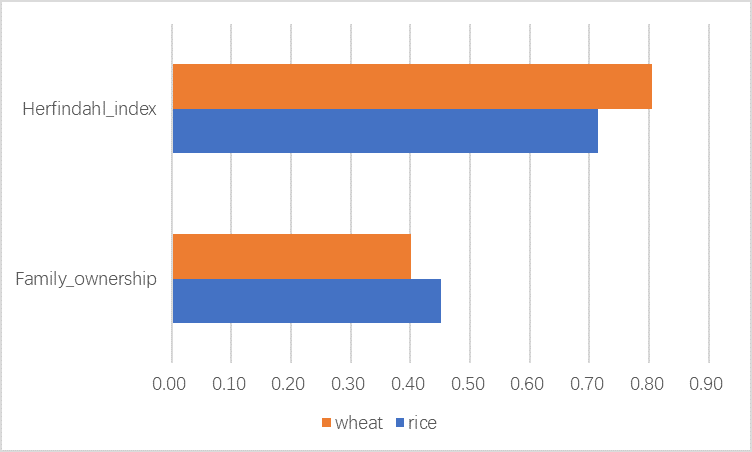 The results show that founders who hail from the rice farming regions involved more family members (whether that be through ownership or management) by 16.24 percent than those who were from wheat regions. Company founders who were influenced by the rice farming culture also owned on average 10.38 percent more in their firms (either through direct shareholdings or through family ownership), but this was more spread out over their family members—by 11.58 percent. In addition, a one standard deviation increase in rice culture influence was linked to a 5.32 percent increase in family ownership and a 5.93 percent decrease in ownership concentration within the family.

Impact from Other Cultural Factors
We also consider that the deeply emphasized Confucian values could be at play in the formation of family businesses in modern China. In fact, rice growing regions are also perceived to be heavily influenced by the Confucian culture. For instance, Shandong province—the birthplace of Confucius, is also famous for its rice cultivation. We measure the Confucian culture with the number of Confucian academies (shuyuan) in a province during the Qing Dynasty. However, after doing several rounds of additional tests, we did not find any evidence of  Confucian culture influences.

Interaction Between Family and Corporate Governance
In a collectivist culture that puts the group’s benefits above everything, values are learned and shared by family members and further strengthened by familial interactions. The family members of a company founder, by being involved in the business, can potentially serve as a corporate governance force in constraining the founder’s self-serving decisions that destroy or tunnel shareholder value. Under collective culture influences, family members are more effective enforcers of shareholder rights because they possess information and coordination advantages over unrelated outsiders—a unique family asset that contributes to the firm and makes the family firm competitive.
Therefore, it makes sense for the founders who were born into a collectivist cultural background to involve more family members in the business. And the collectivist cultural relevance to family businesses is specific to the founders’ birthplace culture, not the culture of where the business is located.

Future Research
With a new measure of collectivist cultures in China and a large sample of first-generation Chinese private sector firms, we have established robust relations between the collectivist cultures and the emergence of family firm organizations. Thus, we expect future research studies to further expand the scope of the roles of culture in governing other stakeholder relationships. For example, do founders from a collectivist cultural background compensate their managers with less emphasis on monetary rewards while individualist business owners tend to give their staff more incentive compensation that is in line with the market? Or, when faced with uncertainties, will the former be more conservative while the latter be more willing to take risks? More research into such questions is warranted.