What You Import Matters for Productivity Growth: Experience from Chinese Manufacturing Firms 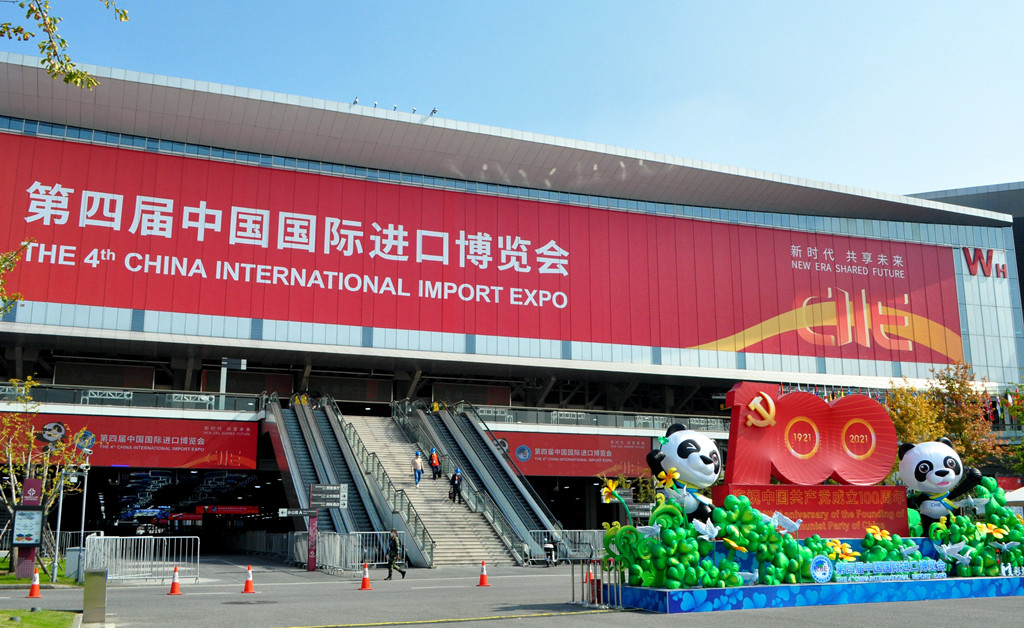 The 4th China International Import Expo (CIIE) was held in Shanghai from November 5 to 10, 2021. The CIIE is the world’s first national-level exhibition with import as its theme, which aims at facilitating countries and regions all over the world to strengthen economic cooperation and trade.

Large import expos are rare because most countries are more likely to promote export than import. Nonetheless, import may play important roles in promoting firm performance and industry upgrading. Figure 1 depicts the import structures across the top 20 largest importing countries/regions in 2016. The share of capital goods in total imports is between 10% and 24% and the share of intermediate goods imports is substantially larger than that of capital goods imports, while consumption goods account for a small share of total imports. 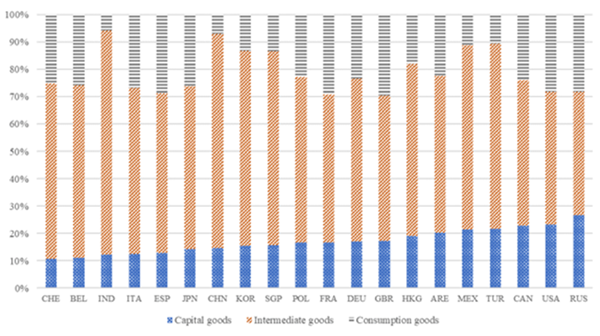 A large body of literature has found evidence that imported inputs in general—without distinguishing capital from intermediate goods—improves the productivity of imported firms due to more varieties, better quality, and learning (Amiti and Konings 2007; Halpern, Koren, and Szeidl 2015). The literature has also shown that imported capital goods from developed economies improve productivity in less developed countries through international technology diffusion (Lee 1995, Mazumdar 2001, Keller 2004).

In Mo, Qiu, Zhang, and Dong (2021), we investigate the distinct effects of capital and intermediates imports on productivity growth at the firm level. Compared to intermediate goods, capital goods can typically be used for multiple periods. Capital goods import is also regarded as a channel for international technology diffusion, since capital goods production is highly concentrated in a few R&D-intensive countries (Eaton and Kortum 2001). As a result, capital goods import may generate an augmented immediate productivity effect via an import-R&D synergy effect when the importer is also conducting R&D investment, or induce more R&D investment, which further enhances productivity growth in the long run. This is consistent with the observations in the data: capital importers are larger, more productive, and invest more in R&D, compared with intermediates importers and firms that do not import. Capital importers also have higher growth rates of sales, labor productivity, and R&D investment.

To explain these stylized facts, we build a structural model that allows capital and intermediates imports to have differential effects on firm production and productivity evolution process in a dynamic setting. We then quantify the empirical importance of the productivity effects from capital and intermediates imports, by estimating the model using the standard production estimation approach developed by Olley and Pakes (1996) and Levinsohn and Petrin (2003).

We have three key findings. First, while both capital and intermediates imports have strong immediate productivity effects, only capital import has R&D-capital synergy effect, that is, importers obtain additional productivity gains when simultaneously making R&D investment and importing capital. Second, capital import has strong direct dynamic effects from learning and long-term usage of capital goods. Third, capital import increases firms’ probability of conducting R&D, which we refer to as the R&D-inducing effect. We find no evidence on the R&D-synergy and R&D-inducing effects for intermediates import.

We apply the model to quantify the impact of China’s input tariff liberalization (especially changes in tariff structure) on firm productivity following the country’s accession to the WTO at the end of 2001. After the WTO accession, China reduced the tariffs of capital imports more than those of intermediates imports, by approximately two percentage points (Figure 2). The differential productivity effects of capital and intermediates imports directly highlight the importance of tariff structure in liberalization. Simulation based on our structural model demonstrates that the tariff reduction increased the average productivity of marginal importers by approximately 1.5% from 2002 to 2006, of which 18% was contributed by the change in tariff structure (Figure 3). 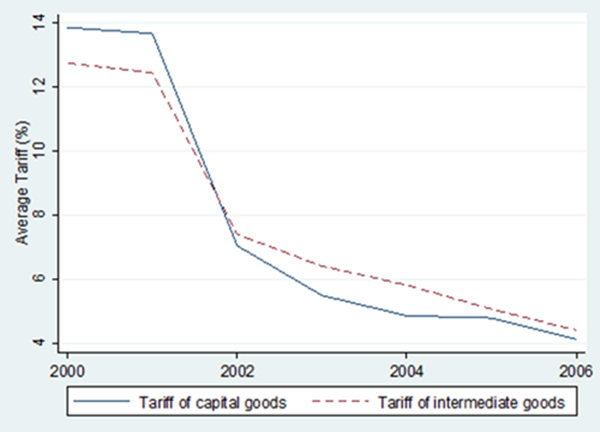 Note: The average tariff rates are calculated using the import value of corresponding products as the weights. 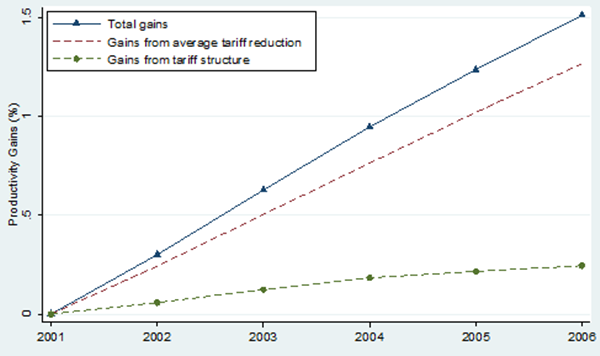 Based on China’s experience, our study has clear policy implications for other low-income countries. First, our study shows that the structure of tariff liberalization is important because what a country imports matters: manufacturing firms benefit more from capital import than from intermediates import. That is, we need trade policies to remove capital import frictions in low-income countries. Second, our finding of the strong R&D-capital synergy and R&D-inducing effects suggests the importance of aligning the import policy and R&D policy in developing countries.