The Impact of FDI on Domestic Firm Innovation: Evidence from Foreign Investment Deregulation in China

This paper studies the impact of foreign direct investment (FDI) on domestic firms’ innovation in China. Using firm level patent application records that cover all manufacturing firms with annual sales above 5M Yuan from 1998 to 2007, our results show that both the quantity and quality of domestic firms’ innovation benefit from FDI. In addition to the traditional spillover effect from FDI in the same industry, the paper emphasizes the importance of knowledge spillover: FDI in similar technology domains spurs domestic firms’ innovation much more than FDI in the same industry. The paper also shows that knowledge spillover from FDI in similar technology domains is not driven by input-out linkages. And the spillover effect is stronger in cities with higher human capital stock and firms with higher absorptive capacity. 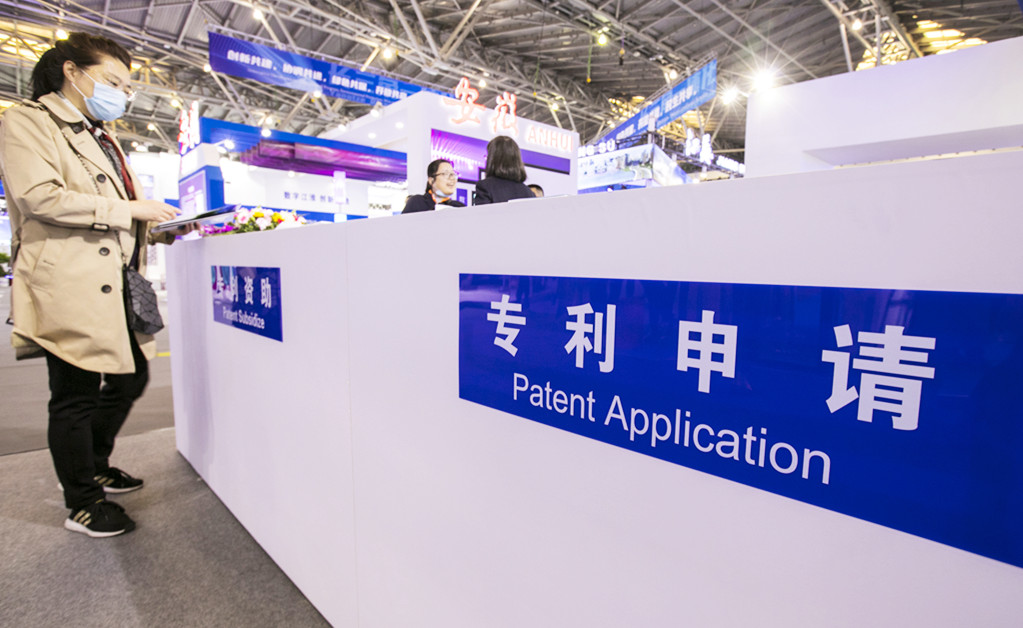 Innovation is an essential driver of economic growth and policy makers make huge efforts to encourage innovation, such as human capital investment and support for research and development (R&D). But developing countries find it hard to close the technology gap with rich countries on their own. They often seek to open their markets and attract foreign direct investment (FDI) in the belief that FDI can spur domestic innovation and industry upgrading. However, we still have no clear evidence on whether FDI promotes domestic firms’ innovation or not.

In a recent paper, we provide causal evidence on whether domestic firms become more innovative after exposure to FDI. We focus on two main measures of FDI presence: the traditional horizontal FDI (measured by the share of FDI in the same industry) and technologically close FDI (measured by FDI from industries that share similar technological domains) (see Note 1). We explore China’s FDI deregulation in 2002 upon joining the WTO, which exogenously increased the share of FDI in deregulated industries. The deregulation in 2002 allows us to use a difference-in-difference (DID) estimation strategy to establish the causal impact of FDI. China liberalized 112 of its 425 four-digit manufacturing industries for FDI; these industries indeed experienced higher growth in FDI inflows than control industries after 2002. To examine whether our DID design is valid, we first show graphical evidence that before 2001 patent applications in treatment (Close) and control (Distant) groups follow similar patterns (Figure 1). In the case of horizontal FDI (the upper panel), the treatment group is firms in deregulated industries and the control group is firms in other industries. In the case of technologically close FDI (the bottom panel), treated firms (Close) are those closer to deregulated industries in terms of the technology distance and control firms (Distant) are the distant ones. Treatment (Close) and control (Distant) groups show parallel trends before treatment and the trends only began to diverge after 2001, suggesting that the two groups are comparable. 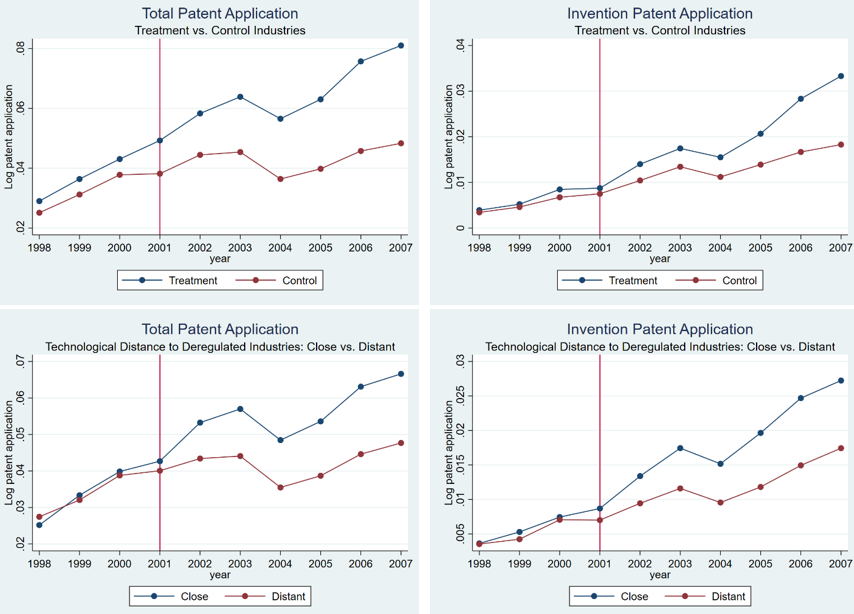 Our event study confirms the positive impact of horizontal and technologically close FDI on domestic firms’ innovation by showing that the estimated difference in patent applications before 2001 is tiny and statistically insignificant (Figure 2). Domestic firms in the treatment group become more innovative right after the reform. The effect is larger and more significant for domestic firms in industries that are technologically close to deregulated industries.

We also tested how the effect varies by patent type, patent quality, and conducted various placebo tests and robustness checks to rule out the effects of vertical FDI and trade shocks. Exposure to FDI seems to have limited effect on domestic firms’ design patent application. Both horizontal and technologically close FDI have strong, positive, and increasing effect on domestic firms’ utility model patent application, but the effect from horizontal FDI is larger. This is intuitive as it is easier to conduct minor innovation through imitating the technology of foreign competitors. Using patent grant and citation as a measure of patent quality, we confirm that horizontal and technologically close FDI significantly improve domestic firms’ patent quality. 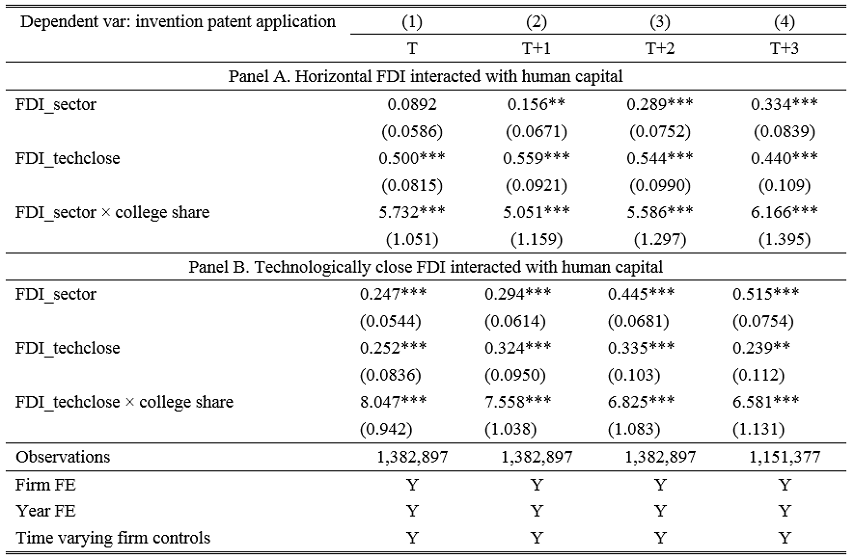 Note: Table 2 shows how prefecture level human capital affects FDI spillovers. The dependent variable is invention patent application. Column (1)-(4) report the simultaneous effect, and the effect after 1 to 3 years of FDI exposure respectively. College share is the share of population aged between 18-55 that has a bachelor’s degree or above at prefecture level in 2000. Time varying firm controls include firm sales, capital-labor ratio, export status and SOE dummy. Robust standard errors in parentheses. *** p<0.01, ** p<0.05, * p<0.1.

Taken together, our analysis provides evidence on dynamic innovation spillovers from FDI, highlights a novel channel for such spillovers through technologically close industries, and emphasizes absorptive capacity and human capital as key factors to maximize developmental benefits from FDI.


(Yan Liu is an economist in the Finance, Competitiveness and Innovation Global Practice at the World Bank Group; Xuan Wang, University of Michigan.)