FDI and Firm Productivity in Host Countries: The Role of Financial Constraints

Using the Chinese firm-level data, we find that FDI firms may have even lower cutoff productivity than local firms, although FDI firms are still, on average, more productive than their local counterparts. In addition, these findings are more pronounced in financially more vulnerable sectors. We argue that easy access to international financial markets by FDI firms has played an important role in driving our empirical findings. We show in a two-country model that policies that do not properly recognize FDI firms’ financial advantages can be counterproductive. 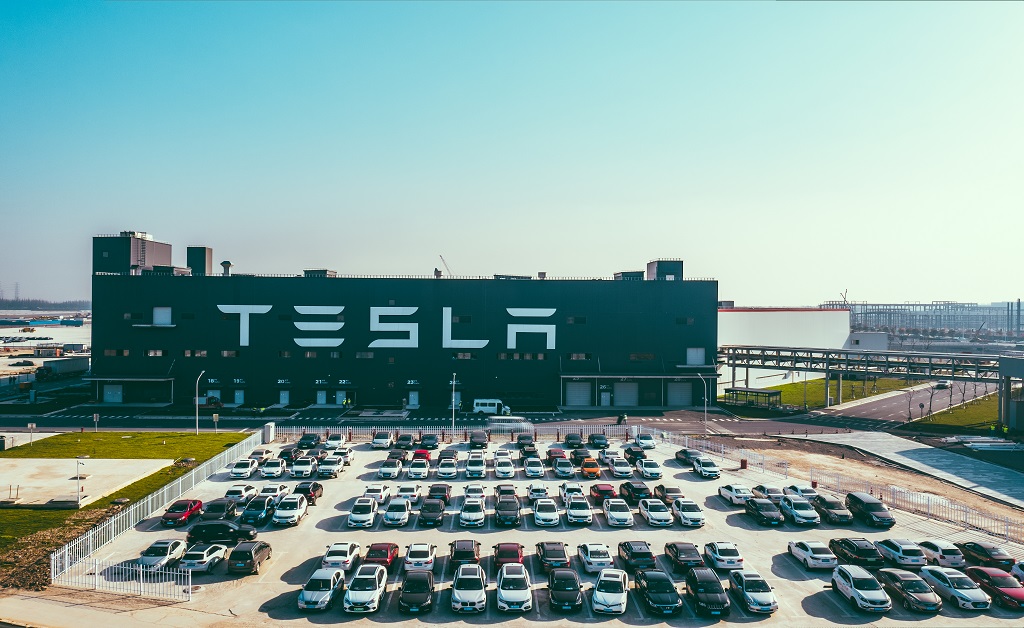 Many emerging markets provide tax and other incentives to attract foreign direct investment (FDI); the policy is motivated by the belief that FDI can benefit host countries’ economic growth by introducing advanced technology and/or managerial skills from multinational companies (MNCs). Previous empirical studies document convincing evidence of technology transfers from FDI firms to local firms through technology diffusion, labor turnover, and other channels, (e.g., Javorcik 2004, Yasar and Paul 2007, Keller and Yeaple 2009, Alfaro and Chen 2013, and others). In this case, policies to attract FDI may improve host countries’ technology improvement and social welfare.

MNCs are usually also less financially constrained than local firms in emerging markets. Recent studies have examined this financial advantage and how it drives FDI flows and alleviates financial constraints in host countries (e.g., Wang and Wang 2015; Manova, Wei, and Zhang 2015; Desbordes and Wei 2017; Bilir, Chor, and Manova 2019; and Alquist et al. 2019, among others). In a recent paper, we show that FDI firms’ financial advantage has profound effects on the firm productivity in host countries and the effectiveness of FDI policies. 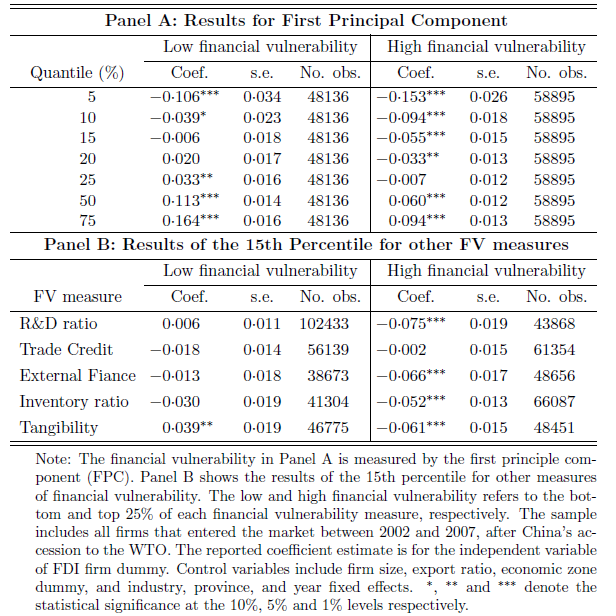 Standard FDI models in the literature cannot replicate our empirical findings. Melitz-type models with heterogeneous firms (e.g., Helpman, Melitz, and Yeaple 2004) are usually employed to study FDI firms in the literature. In these models, FDI firms face higher fixed production costs than local firms, reflecting the fact that FDI firms operate in a foreign country and have various disadvantages relative to their local counterparts. The higher fixed production costs prevent FDI firms of low productivity from entering the market. Therefore, FDI firms in such models have both higher cutoff and average productivity than local firms and their productivity advantage is unchanged with sectoral financial vulnerability.

If we interpret taxes broadly as barriers to FDI, our findings highlight the trade-off in determining restrictions/subsidies for FDI firms in countries with underdeveloped financial markets. On the one hand, emerging markets should remove barriers and even provide additional incentives for high-productivity FDI firms to enter. On the other hand, low-productivity firms may take advantage of the universal subsidies offered to FDI firms, which decreases the aggregate productivity and welfare of host countries. This is particularly problematic when FDI firms have lower cutoff productivity than local firms because of their financial advantages. Faced with this problem, many emerging markets, including China, have adopted policies to ensure that FDI firms introduce advanced technology and management skills to their countries. For instance, China employed performance requirements to control for the quality of FDI firms and some tax exemptions were provided only to FDI firms that met certain performance requirements before China’s accession to the WTO in 2001 (see Note 1).

Note 1: China had to abandon the policy of performance requirements after 2001 to meet WTO regulations.