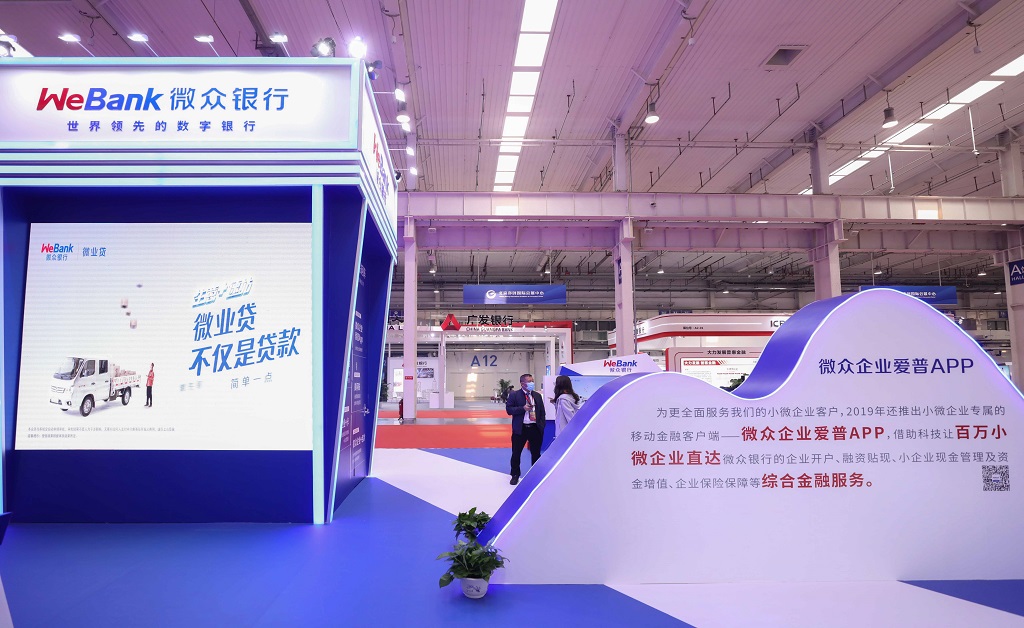 Shadow banking involves credit intermediation activities outside the traditional banking system. In contrast to the United States and Europe, where shadow banking activities have been under ever-increasing scrutiny since the 2008 subprime mortgage crisis, China has witnessed tremendous shadow banking growth since that crisis. This paper investigates an important yet still understudied constituent of China’s shadow banking system: finance leases. Leases can be broadly classified as finance leases or operating leases based on whether the lease transfers substantially all of the risks and rewards associated with the ownership of the leased assets to the lessee. If so, the lease is a finance lease. Otherwise, it is an operating lease. Finance leases usually have longer maturities, with the leased assets being purchased by the lessee at the end of the lease, while the maturities of operating leases are usually much shorter and without transfer of ownership at the end. Finance leases account for more than 90% of the market in China (see Note 1) compared to only 30% in the United States.

As shown in Figure 1, China’s leasing industry experienced explosive growth from 2007 to 2019. The 6.7 trillion RMB leasing market is of a comparable order of magnitude to another major constituent of China’s shadow banking system, entrusted loans, which stood at 12.4 trillion RMB as of the end of 2018 (Allen et al., 2019). Although entrusted loans have been carefully studied by academics, for example, Chen, Ren and Zha, 2019 and Allen et al., 2019, little is currently known about the leasing market in China. 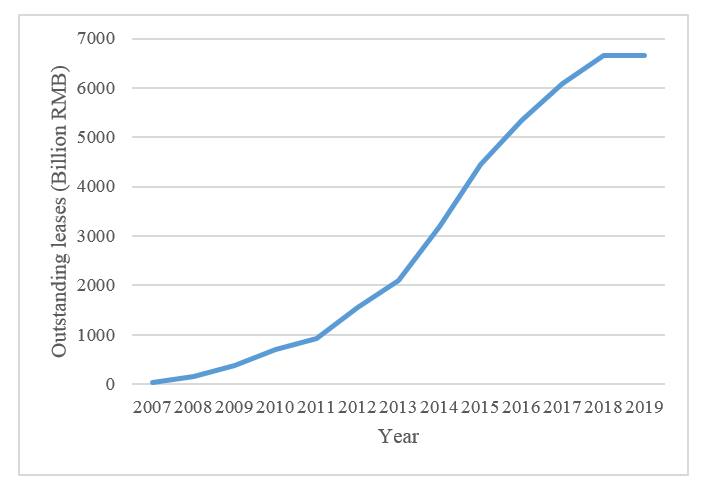 First, we find that the government’s targeted monetary tightening policy stimulated the growth of finance leases. This finding is consistent with the notion that firms resort to finance leases as a channel for credit when bank loans are not available due to policy restrictions. The targeted monetary tightening policy of the People’s Bank of China (PBOC) and China’s Bank Regulatory Committee (CBRC) toward firms in “overcapacity industries” (see Note 2) from December 22, 2009, to March 13, 2014 (see Note 3), provided an opportunity for us to explore the cause of the growth of finance leases. In our difference-in-difference analysis, the firms in the “overcapacity industries,” which are subject to the targeted monetary tightening policy, are the treatment group, while firms that are not affected by the policy shock constitute the control group. We find that the average treatment group firm, relative to the average control group firm, experienced an increase in the annual probability of engaging in new finance leases from 1.74% to 2.98%, assuming all other explanatory variables are at their means. Similarly, the policy caused the treatment group firms’ annual finance lease transactions as a share of total assets to increase by 0.17% from the sample average of 0.09%.

In addition, we find that banks use finance leases to retain their existing loan clients affected by the policy shock. We define a lease to be a bank-customer lease if the lessee received loans or credit lines from the lessor’s parent bank within five years prior to the leasing transaction. In the same difference-in-difference analysis framework as before, we indeed find that after the targeted tightening policy was launched, bank-customer leases increased significantly for treatment group firms as compared to control group firms.

Note 1: About 84% of the finance leases are sale-and-leaseback (SLB) transactions in China. In an SLB, the owner of the asset contracts to sell the asset and to lease it back from the buyer (the lessor). The SLBs are very similar to collateralized loans.

Note 2: See the joint Policy Note No. 386 (2009) of the People’s Bank of China and the CBRC. The overcapacity industries are designated by the State Council and include steel, electrolytic aluminum, coal, ships, cement, flat glass, fertilizer, polysilicon, wind power equipment, soybean crushing and large forgings.

Note 3: The authorities made major policy adjustments by delisting some industries from the overcapacity list on March 13, 2014.