Tariff Passthrough at the Border and at the Store: Evidence from US Trade Policy

We study the impact of recent tariffs on US prices at the border and at the store. Our results imply that, so far, the tariffs’ incidence has fallen in large part on US firms. 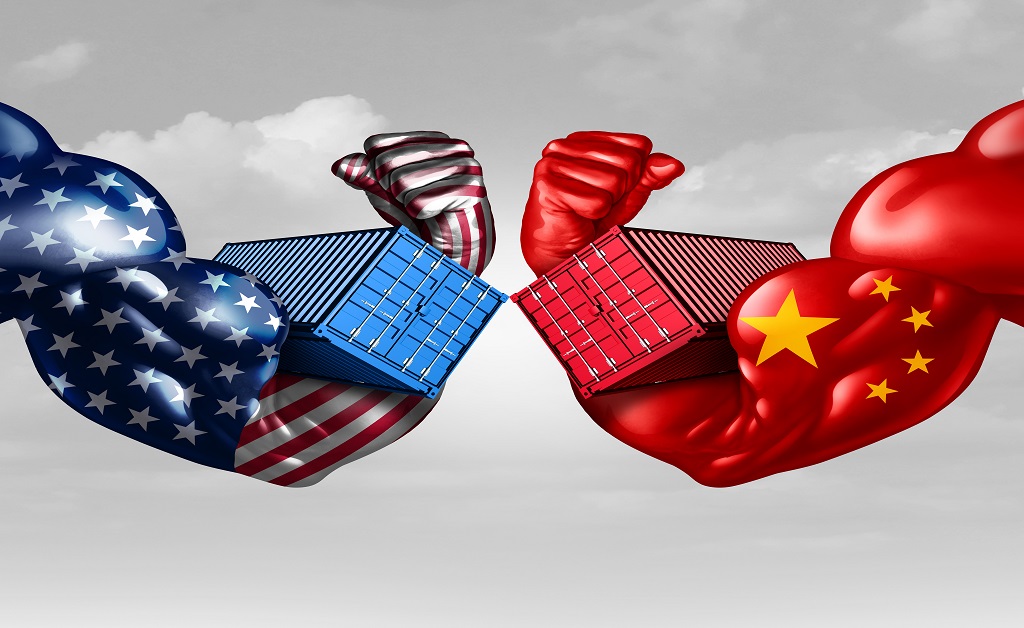 Since 2018, the United States has imposed import tariffs ranging from 10 to 50 percent on goods including washing machines, solar panels, aluminum, steel, and roughly $250 billion worth of goods from China. In response, China, Canada, the European Union (EU), and Mexico have imposed retaliatory tariffs. Although the recent “phase one” deal between China and the United States has reduced tensions, most tariffs remain in place.

In the past year, several academic papers have tried to estimate the incidence of these tariffs on goods prices. In particular, Fajgelbaum, Goldberg, Kennedy, and Khandelwal (2020) and Amiti, Redding, and Weinstein (2019) calculate category-level unit values and show that the ex-tariff dollar prices of US imports that were targeted by tariffs did not fall relative to imports that were not targeted, which implies a nearly complete passthrough of the tariffs to duty-inclusive import prices. Cavallo, Gopinath, Neiman, and Tang (forthcoming) use product-level pricing data from the US Bureau of Labor Statistics (BLS) to extend the finding of complete passthrough of US import tariffs, demonstrate it does not reflect changes in the composition or quality of imported goods, and compare it to the rate of exchange rate passthrough. Further, we show that for US exports, unlike US imports, ex-tariff prices declined significantly for those goods facing tariffs erected by foreign countries. Finally, we use web scraped data to demonstrate that despite the large increase in tariff-inclusive prices paid by US importers, US consumers faced only mild price increases on affected goods.

We begin by studying US import prices using product-level data from the BLS. In Figure 1a, we compare import price indices (in dollars and inclusive of tariffs) constructed for goods that are affected and not affected by tariffs. As of early 2020, each affected goods category from China saw an immediate jump in price during the month that the policy was implemented. The scale of the jumps is only slightly below the scale of the tariff rates, implying that the ex-tariff dollar prices (received by Chinese exporters) did not exhibit meaningful breaks from their previous trends. Controlling for sectoral inflation rates, our regressions suggest that a 20 percent tariff, for example, was associated with a 1.1 percent decline in the ex-tariff price and an 18.9 percent increase in the total price paid by the US importer.

Given that these data track the prices of individual goods, the BLS microdata are particularly useful for comparing the passthrough rates of tariffs with those of exchange rate shocks. We estimate that exchange rate passthrough equals 22 percent after 12 months, implying that a 20 percent dollar appreciation would decrease the dollar price of imports by only 4.4 percent, far less than the 18.9 percent discussed above for an equivalent-sized tariff. This suggests that the depreciation of the Chinese renminbi against the US dollar during the summer of 2019 did little to offset the impact of the tariffs in terms of the prices paid by US importers and that the price incidence of the import tariffs falls largely on the United States. We note, nevertheless, that this does not imply that China benefits from the policy. Even if Chinese exporters earned the same price and profit margin per unit exported to the United States, the tariffs reduced the number of units sold, as discussed by Fajgelbaum, Goldberg, Kennedy, and Khandelwal (2020).

We then turn to BLS export prices, which we use to gauge whether US exporters maintained their prices in the face of retaliatory tariffs impacting their foreign sales in multiple countries. In contrast to the US import results, a simple comparison of export price indices of affected and unaffected products in Figure 1b suggests that affected exporters dropped their (ex-tariff) dollar prices by about 5 percent in response to retaliatory tariffs that averaged about 15 percent. We estimate regressions for exports that are equivalent to what we did for imports and find that, controlling for sectoral inflation rates, ex-tariff export prices declined by 32.9 percent of the tariff rate after one year.

Why did US exporters drop their prices so much more in the face of retaliatory tariffs than Chinese exporters did in the face of US import tariffs? We find that the decline in the relative export price of retaliated-upon products is almost entirely driven by the pricing on US shipments of non-differentiated and agricultural goods to China, rather than on US shipments of differentiated goods and US shipments to countries other than China. A far larger share of the affected goods imported by the United States from China are differentiated goods that may be more difficult to source elsewhere in large quantities, or may be produced with imported inputs in more complex supply chains, which can explain why their ex-tariff prices are more stable in dollars.

We then study the extent to which the import price increases were passed through into retail prices. We first consider aggregated categories such as washing machines, handbags, tires, refrigerators, and bicycles, and find mixed results. Some sectors exhibit clear immediate price increases due to the tariffs, such as washing machines, consistent with the results in Flaaen, Horta?su, and Tintelnot (2020), but others experienced more delayed price increases or continued to have stable price dynamics despite the tariffs (see Note 1). We note that it is difficult to study the impact of tariffs using such retail price indices because they are at a level of aggregation that combines meaningful shares of goods that are both affected and not affected by the tariffs.

To get around this problem, we collect millions of online prices from two large multichannel retailers for which we have detailed information on the country of origin and Harmonized Tariff Schedule (HTS) code classifications at the individual product level. Despite observing a stark increase in the overall cost paid by US importers for certain Chinese goods, we detect only a minor increase in the prices set by the two retailers for these goods relative to those unaffected by tariffs. Our estimates imply that a 20 percent tariff is associated with a 0.7 percent increase in the retail prices of affected goods. This suggests that retailers are absorbing a significant share of the increase in the cost of affected imports by earning lower profit margins.

Another possibility—discussed in Amiti, Redding, and Weinstein (2019)—is that in response to the tariffs, domestic producers raised their prices to retailers on goods that compete with the imports. Or alternatively, retailers may simply be spreading the tariff around, by increasing the prices of goods not directly exposed to the tariffs, thus compensating for the lower margins on goods exposed to tariffs with higher margins on other goods. These responses would be consistent with our main findings, but they would also imply different price behavior for US and non-US retail prices. We do not find strong evidence consistent with this prediction. The tariffs have so far brought about only moderately higher retail inflation in the United States compared to Canada.

We find stronger evidence of other margins of adjustment. First, we use US customs microdata to show that these retailers increased their import shipments from China, significantly expanding their inventories before the tariffs were implemented. This inventory “front-running” may have moderated the extent to which retail profit margins declined in financial reports. Second, we document that China’s share of the tonnage imported by these two retailers dropped from 80 or 90 percent before the tariffs to 60 or 70 percent immediately afterward, implying that some pressure was eased by moving supply chains away from China.

Does it matter whether the higher import prices result in lower retailer margins or higher consumer prices? Among many other implications, we argue that it implies that this first year of data only reveals the short-run impact of the global tariffs. We speculate that if the tariffs remain in place for much longer, pressure on these retailers will likely rise. We would expect this to result in some future combination of a larger reduction in US ex-tariff import prices or greater passthrough into consumer prices.

Note 1: washing machine tariffs applied to most countries while tariffs on the other product categories that we examine applied only to China.