Since the 1980s, girls’ educational attaintment increased more quickly than boys’. As a result, the gender education gap decreased and even reversed in China. How does the gender earnings gap change in the face of increasing female human capital? What are the implications for the Chinese gender earnings gap in the future? This column will shed light on this interesting topic within and across cohorts. 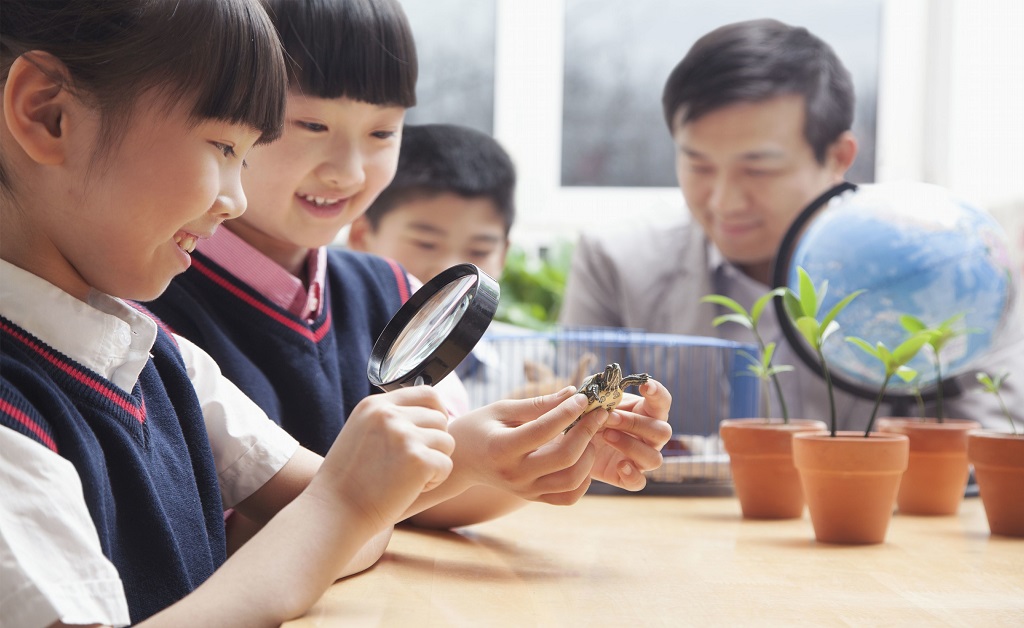 We investigate three birth cohorts: 1960–1969, 1970–1979, and 1980–1989. These three cohorts have very distinct characteristics and experiences. For example, the 1960–1969 birth cohort spent most of their childhood experiencing the Cultural Revolution, whereas the 1980–1989 birth cohort was confronted with the introduction of the one-child policy and the expansion of higher education. Because China’s market-oriented reform is through an incremental changes and dual-track transition, the labor markets faced by the older and younger cohorts can be quite different even in the same time point. Therefore, looking into the gender earnings gap across birth cohorts in a particular time can, to some extent, reveal another aspect of the changes in the labor market relative to looking into the gender earnings gap over time. 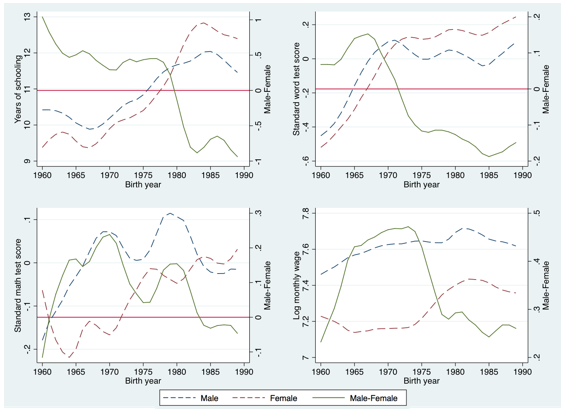 Figure 1 shows the trends of education, cognitive ability (standard scores of word and math tests), and earnings across cohorts. The gender gap in human capital is decreasing and even appears to have a reverse condition. The gender earnings gap also narrows, but the gap still exists. Specifically, as female educational attainment rises, the gender earnings gap decreases; the gender gaps in earnings and math and word test scores have all decreased since the 1970s cohort.

Table 1 presents the gender gaps in earnings, education, and cognitive abilities. The average earning of men is 40 log points higher (equivalent to 49%) than that of women for the 1960s and 1970s birth cohorts. However, compared to older cohorts, women’s earnings in the 1980s birth cohort increased faster than men’s, which leads to a 13 log point reduction (equivalent to 18%) in the gender earnings gap, which accounts for 36.7% of the earnings gap in the previous two cohorts.

As expected, the younger cohorts are more likely to attain higher education than older cohorts due to the continuous expansion of higher education, but women benefit more than men. Chinese women experienced a “quiet revolution” in terms of higher education and now outperform men in this respect, as was the case in the United States during the past few decades (Goldin, 2006; Blau and Kahn, 2017). Also, women have made great progress in measures of cognitive abilities in China. They reversed the gender gap previously found in word test scores and have progressed faster than men in math test scores from a position of disadvantage to one of no difference.

Table 2 reports the effect of human capital on earnings. Compared to those without a college degree, those with a college degree increase their earnings by about 50%, 35%, and 25% on average in the 1960s, 1970s and 1980s birth cohorts, respectively. This decreasing return to college degrees may be due to the expansion of higher education and the resulting degree inflation. Different from education, the effects of cognitive abilities have no consistent pattern across cohorts.

Then, we decompose the gender earnings gap into two parts: one part comprises the gender differential of characteristics such as education, and the other one comprises the gender differential of returns to these characteristics. We call these two parts the “explained” and “unexplained” parts, respectively. Overall, the total gender earnings difference and the explained difference decrease across the cohorts. In the 1980s birth cohort, the explained part is nearly 0. This outcome means that in terms of observed characteristics, there is no difference between women and men. Further, this outcome is largely based on higher educational attainment and better word test scores. However,  education and cognitive abilities do not contribute much in the 1960s and 1970s birth cohorts.

In the unexplained part, the return to hukou can significantly reduce the gender earnings gap because of its high premium for women in that women have more job opportunities in urban areas compared to rural areas. Marital status makes a relatively large contribution on the increase of the gender earnings gap because the return on marriage especially favors men. A married man earns 32.8% more than an unmarried man on average in the 1960s birth cohort, which is equal to two or three years of college education. After marriage, there might be a division of labor: men tend to focus on work, while women tend to concentrate on family. This specialization within a family makes for a totally different marriage premium between the genders, and it also makes the gender earnings gap larger. The constant effect on earnings structure shows a rising trend, accounting for 31.06%, 65.63%, and 62.12% of the total gender earnings differential in the three respective cohorts. This outcome is totally unexplained, and to a large extent we can view it as discrimination.

From the 1960s cohort to 1980s cohort, the education variable plays the most important role in the observed X’s effect, explaining 24.57% of the reduction of the gender earnings gap. Women gained ground in college education across the cohorts, and the high level of human capital they accumulated helped them to obtain higher wages. As women show an increase in their share of college degrees and the return on education is high for women, encouraging women to increase human capital investment is an effective way to narrow the gender earnings gap. Nevertheless, the effect is limited, as the return on education decreases with the rise in the share of college degrees.

The gap effect accounts for 52.51% of the reduction of the gender earnings differential. The gap effect represents discrimination and unobserved skills. The discrimination may result from the different treatment of the genders in the same position, for example,  men being more valued than women, men being given more promotions and opportunities to accumulate working skills, or other factors that widen the gender earnings gap. Cognitive abilities may not be a good measure here and may result in the high amount of unobserved skills in the gap effect. For example, given the development of technology, computer skills may help individuals obtain jobs or higher pay. Meanwhile, computer skills are cognitive instead of manual and may improve women’s performance in the labor market.

Since the return to education decreases as the younger cohort obtains more education, we expect that women’s progress in education relative to men should slow down, and if that happens, improving women’s human capital might not be a primary or powerful driver for narrowing the gender earnings gap. Specifically, the gap effect makes the greatest contribution to the change in the gender earnings gap, which is attributed to the unobserved skills and/or discrimination. The explanation of the gap effect is somewhat monotonous, and more research should be done to investigate the content of the gap effect.