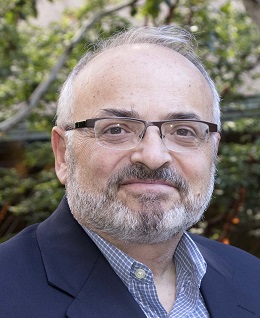 Mark Spiegel is Senior Policy Advisor in research department of the Federal Reserve Bank of San Francisco, and previously served as Vice President in the Finance and International Research sections and as the Director of the bank’s Center for Pacific Basin Studies.  Prior to joining the Federal Reserve, he served as an assistant professor in the Department of Economics at New York University.  He has served as a visiting professor in the Economics Department of U.C. Berkeley, as well as a lecturer at the Haas School of Business at U.C. Berkeley and the University of Wisconsin, Madison.  He has also served as a consultant at the World Bank, and as a visiting scholar at the Bank of Japan.  Dr. Spiegel received his Ph.D. in economics from the U.C.L.A. and his B.A. from the University of California at Berkeley.  He has published numerous articles in both academic and policy-oriented journals on international financial issues and on economic issues associated with Asian economies.  His article, “Capital Controls and Optimal Chinese Monetary Policy,” co-authored with Chun Chang and Zheng Liu, won the Sun Yefang award, the top Chinese economics prize, in 2016.  He is currently on the editorial board of the Journal of International Money and Finance, and previously served as associate editor of the journal Japan and the World Economy.