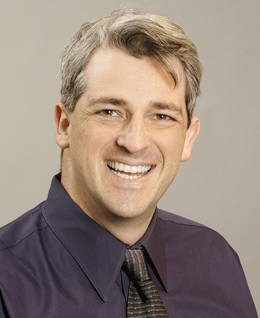 Itay Goldstein is the Joel S. Ehrenkranz Family Professor and a Professor of Finance at the Wharton School of the University of Pennsylvania. He has been on the faculty of the Wharton School since 2004. He serves as the coordinator of the Ph.D. program in Finance and holds a secondary appointment as a Professor of Economics. Professor Goldstein earned his Ph.D. in Economics in 2001 from Tel Aviv University. He is an expert in the areas of corporate finance, financial institutions, and financial markets, focusing on financial fragility and crises and on the feedback effects between firms and financial markets. His research has been published in top academic journals, including the American Economic Review, the Journal of Finance, the Journal of Financial Economics, the Review of Economic Studies, and the Review of Financial Studies. His research has also been featured in the popular press in the Economist, Wall Street Journal, Financial Times, Bloomberg, Forbes, National Public Radio, and others. Professor Goldstein is the Executive Editor of the Review of Financial Studies since 2018. Before that, he served there as an editor for five years. He also served as an editor of the Finance Department in Management Science and an editor of the Journal of Financial Intermediation. Professor Goldstein is a Research Associate at the National Bureau of Economic Research. He served as an academic advisor in various policy institutions, including the Federal Reserve Banks of New York, Philadelphia, and Richmond, the Bank of Canada, the Bank for International Settlements, and the Committee for Capital Markets Regulation. He was the co-founder and the first president of the Finance Theory Group and served as a director of the American Finance Association, the Western Finance Association, and the Financial Intermediation Research Society. He is a frequent speaker in academic and policy forums around the world, and acted as keynote speaker in leading academic conferences. He has taught various undergraduate, M.B.A., Ph.D., and executive education courses in finance and economics. Prior to joining Wharton, Professor Goldstein has served on the faculty of Duke University’s Fuqua School of Business. He had also worked in the research department of the bank of Israel.

The Real Effects of the Chinese Stock Market