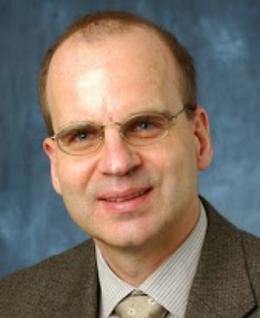 Wolfgang Keller is Director of the McGuire Center for International Economics and Professor at the University of Colorado-Boulder. Wolfgang Keller’s research interests include the diffusion of technology between firms and countries, international trade and economic development. Recent work has examined import competition as a cause of job polarization, the impact of institutional and technological change for trade; Wal-Mart’s role in the productivity transformation of Mexico’s manufacturing sector; and why the first industrial revolution took place in England and not in China. He was awarded multiple grants by the United States National Science Foundation and was Resident Scholar at the International Monetary Fund’s Research Department in 2003. He was National Fellow at Stanford University's Hoover Institution in 2012/13 and is now co-chair of a conference on Intangibles and Global Value Chains for the National Academies of Sciences. He is currently Director of the McGuire Center for International Economics and Professor at the University of Colorado-Boulder, a Research Fellow of the National Bureau of Economic Research, and a Research Fellow of the Centre for Economic Policy Research. Other experience includes work for The World Bank, the International Monetary Fund, and the European Central Bank. Prior to joining the University of Colorado, he taught at Brown University, the University of Texas-Austin, the University of Toronto, and the University of Wisconsin-Madison. Publications in academic journals include: American Economic Review, Journal of Political Economy, Review of Economics and Statistics, Journal of Econometrics, Journal of Economic Growth, Journal of Development Economics, and European Economic Review.

China’s Joint Venture Policy and the International Transfer of Technology