Previous research has shown a substantial increase in income inequality between rural and urban China as well as across and within regions in China during its growth process. Focusing on rural China, we provide further evidence that the formal and informal mechanisms that previously protected households against unanticipated income changes weakened considerably from the late 1980s to the late 2000s, especially those that help to insure against village-level aggregate income risk. Our analysis points to factors such as declining collective productive activities and increased migration as potential explanations for the weakening of within-village consumption insurance, and fiscal decentralization, which led to more fiscal self-reliance at the local level, as a potential explanation for the erosion of insurance against village-aggregate risk. 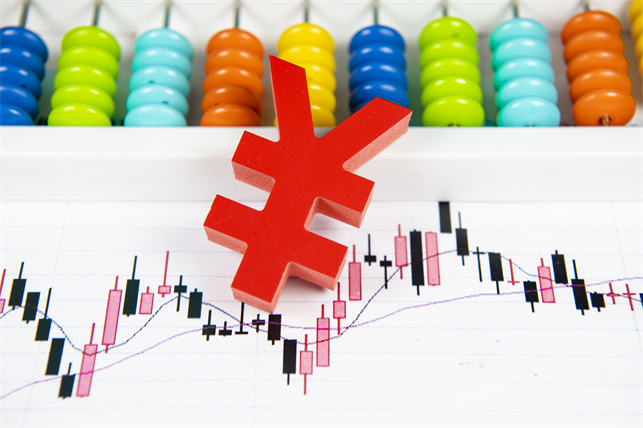 China has embarked on an ambitious campaign to close income gaps, address regional inequality and unfair social welfare provision, and make solid progress toward common prosperity by 2035. This marks a shift in focus from overall growth to promoting equitable and balanced growth. To evaluate the growing inequality during China’s recent period of rapid expansion, a number of papers have documented the evolution of income inequality, especially in urban China, since the beginning of the economic reforms and opening up (Khan and Riskin 1998; Meng 2004; Meng, Gregory, and Wang 2005; Ravallion and Chen 2007; Benjamin, Brandt, Giles, and Wang 2008). Others also study the change in consumption inequality alongside income inequality (Cai, Chen, and Zhou 2010; Ding and He 2018). Most recently, Santaeulàlia-Llopis and Zheng (2018) investigate the joint evolution of income and consumption inequality using a long household-level panel of income and consumption and establish that in both urban and rural areas of China, there was considerable deterioration in households’ ability to insure consumption against unanticipated changes in income over the growth period of 1989 to 2009. Our new research, Attanasio, Meghir, Mommaerts, and Zheng (2021), zooms in on rural China and asks, in particular, how much of this erosion of insurance was due to a decline in risk sharing within a village, as an insurance network, versus across villages, and what mechanisms were at play.

The Changing Economic Landscape of Villages in China
Using the China Health and Nutrition Survey (CHNS), a household-level panel of income and consumption from about 150 rural villages in China from 1989 to 2009, we first confirm the main economic trends widely understood about rural China in our sample. We document that rural households in our sample experienced rapid income and consumption growth during this period, with the average household income tripling and consumption doubling. Moreover, we show three broad trends in sectoral composition, industrial ownership composition, and central-local fiscal relationships.

Trend 2. The dominance of township and village enterprises (TVEs) rose and fell during the economic transition. Rural industrialization was first pioneered by TVEs, which were enterprises owned by local township and village governments and yet allowed to respond to market forces that were gradually introduced. However, they soon lost out to private firms that were newly allowed in the market. In our sample, we observe a clear decreasing time trend in the number of TVEs per village, and a contrasting increasing time trend in the number of private firms per village, especially in the 2000s (Figure 1, panel b).

Figure 1: Changes in Agriculture, Industrial, and Public Sectors, Rural China Note: Panels (a) and (b) are based on the CHNS sample and panel (c) is based on the county-level fiscal balance sheet sample from the EPS China database.


The Evolution of Consumption Insurance in Rural China
While the aforementioned tests suggest the presence of incomplete insurance, they do not distinguish between shocks of different durations and sources. To complement these results, we apply the methodology developed in Attanasio, Meghir, and Mommaerts (2018) to decompose income shocks along two dimensions: permanent versus transitory shocks and village-aggregate versus idiosyncratic shocks. This allows us to estimate how shocks of different nature affect consumption. For example, one would expect households to have more means, private or public, to insure their consumption against idiosyncratic shocks than against village-aggregate shocks since within village insurance mechanisms (such as informal transfers between households) could help with the former shock but not the latter.

We find that there is large scope for within-village risk sharing: close to 60% of permanent income shocks and 90% of transitory income shocks are idiosyncratic and thus insurable within a village. We also find that all types of income shocks were well insured in the early years of our sample period, but that this insurance deteriorated by the end of our sample period, particularly for aggregate shocks. Specifically, compared to the near-perfect insurance achieved in the 1990s, as much as 60% of village-aggregate permanent income shocks and around 20% of idiosyncratic transitory shocks were passed onto consumption in the 2000s. Consumption equivalent calculations imply that the welfare cost of these changes was on the order of 0.5% to 1.5% of consumption. Moreover, this welfare cost is almost entirely driven by the erosion of insurance as opposed to an increase in income risk, and most of this insurance effect is due to changes in insurance against village-aggregate permanent shocks.

Potential Mechanisms Behind the Decline in Insurance

To explore the decline of across-village insurance, we investigate the changing role of the central government by directly measuring intergovernmental transfers using data from county fiscal balance sheets from 1993 to 2007. We find that county government tax revenue and spending increasingly co-vary with output over time, while transfer programs, which were set up for insurance and redistribution purposes, become less negatively correlated over time. These findings suggest that the intergovernmental fiscal transfer programs put in place after the 1994 Tax Reform became less progressive over the course of economic transition and led to a decrease in insurance provision against shocks that impact local communities. With rising regional inequality, local governments were left to themselves for insurance, which made village aggregate income risk increasingly difficult to insure.

Conclusion
The case of rural China offers valuable lessons to other transition economies. Our analysis confirms that the amount of risk-sharing depends on the economic and policy environment. In developed countries, strong private insurance contracts and public insurance systems (e.g., unemployment insurance programs) play a prominent role in insuring income risk and partially protecting people in a volatile world. In less developed countries with little access to formal insurance, informal risk sharing plays a larger role, typically within smaller groups such as villages. Therefore, the level of risk sharing that occurs in agrarian or collective economies may no longer be effective or sustainable when pro-growth market incentives are introduced. The story of rural China is a portrait of such transition and reveals important challenges along the path to industrialization. For China, how to better integrate rural areas into social insurance and social welfare institutions remains a key policy question in the quest for common prosperity.