After 2003, the Chinese central government implemented an inland-favoring land supply policy that distributed more construction land quotas to underdeveloped non-eastern regions. We investigate the effect of the policy and find that it drastically increased land and housing prices in more-developed eastern regions, which consequently created substantial spatial misallocation of land and labor. The policy seems to reduce regional output gaps; however, it hurt workers from underdeveloped regions by hindering their migration to developed regions and caused national TFP and output losses. 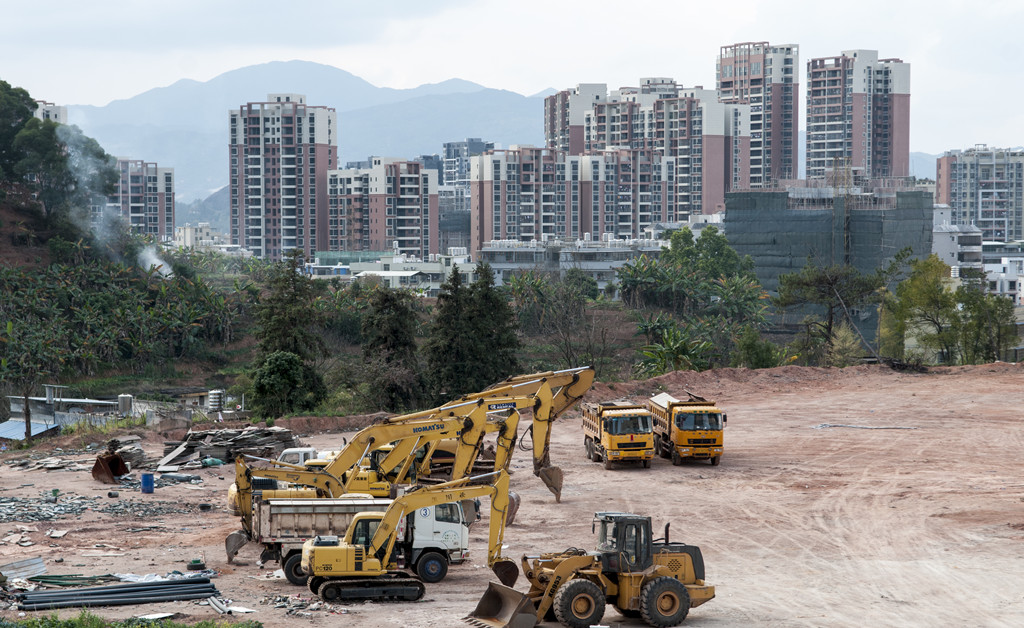 Most countries regulate land allocation using place-based policies. Many of these regulations are implemented to boost the economy in specific areas (Neumark and Simpson, 2015). They commonly target underperforming regions to promote balanced development. However, such balanced development may come at the cost of generating spatial misallocation. Such detrimental place-based policies may result in the paradox of helping the region but hurting people from the region. For instance, the policies can deter people from migrating to places with higher wages. These issues are often missing in place-based policy discussions.

In 2003, the Chinese central government started to implement an inland-favoring land supply policy, which allocated more land quotas to inland regions rather than eastern regions. Thus, the new land supply was reduced in the eastern region and the region has not been able to catch up with the high demand created by  fast economy growth. Even though there is still undeveloped land around developed cities (Yu, 2019), developed cities are forbidden from increasing the land supply more than their quotas. The policy aimed to mitigate the unbalanced development across regions due to the rapid economic growth in the east near the coastline. As shown in Figure 1, the inland share of land supply has a clear turning point in 2003 and kept increasing after that. The effect of this policy has been controversial, and many economists argue that it may have led to spatial resource misallocation during the last two decades. (Liang et al., 2011; Lu and Xiang, 2016; Han and Lu, 2017) 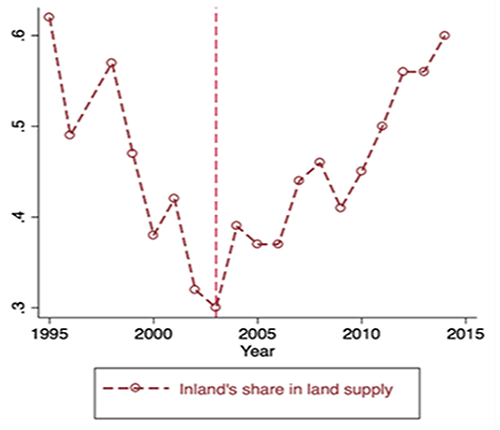 In our recent working paper (Fang et al., 2021), we find that after the implementation of the inland-favoring policy, land and land price increases become more constrained in the eastern regions, which leads to increases in floor space costs. It then deters the migration of workers from the inland regions to the eastern regions, which have higher productivity. The misallocation of land and labor leads to reductions in national output and productivity. The income of workers from underdeveloped regions is also reduced since many migrants are locked into their hometowns and lose their chance to migrate to more productive eastern cities with higher wages. Thus, this policy hurt the people it intended to help.

We analyze the consequences of this policy change in two steps. First, we employ a method combining border regression discontinuity (Black, 1999) and difference-in-differences approaches (RD-DID) to empirically investigate the effect of the inland-favoring land policy on land prices and firm-level TFP in different regions. The identification strategy relies on the comparisons of land prices/firm-level TFP before and after the policy year (2003) for land/firms just around the eastern and non-eastern border. Land price data are collected from the China Land Market Website at the land parcel level. Firm-level TFP is calculated using data from the National Industrial Enterprise Database. We find that the 2003 inland-favoring policy led to a 3.3–9.4% increase in land prices in the developed eastern region compared with the inland region. Furthermore, this policy also reduced firm-level TFP in the eastern region by 0.24–0.49% compared with the inland region.

Second, we construct a spatial equilibrium model (Ahlfeldt et al., 2015) to quantify the aggregate effects of China's land supply scheme. In the model, each worker is endowed with a home location and a skill level. Each worker decides his or her working location based on wages, housing costs, migration costs, and random amenity shocks. The floor space market is separated into a residential housing market and a production floor space market. The floor space prices are determined by land supply, and floor space is determined from demand from residents and firms. We calibrate and quantify the model using data from the Population Census, the City Statistic Yearbooks, and the Urban Statistic Yearbook in 2005 and 2010. In the counterfactual analysis, we examine what would happen if the central government had not implemented the inland-favoring policy. We find that this would increase land supply in eastern cities with higher productivity and would decrease their floor space prices. It would attract more migrants to these cities and would result in a 2.2% (2.4%) increase in total national output in 2005 (2010). We also find that the productivity loss due to the inland-favoring policy is enormous. If we remove the policy, national TFP would increase by 6.2% in 2005 and by 7.3% in 2010.

The recission of the policy would also reduce output and productivity in underdeveloped cities and cause a larger regional output gap, which suggests that the inland-favoring policy achieves regional convergence by balancing regional development. But the regional convergence is just an illusion. Table 1 shows the changes in incomes of workers from different hometowns. We find that removing the inland-favoring policy would lead to increases in wages and total income for workers from almost all places. Specifically, there is a 1–2% increase in the average wage and total income of workers from underdeveloped areas. 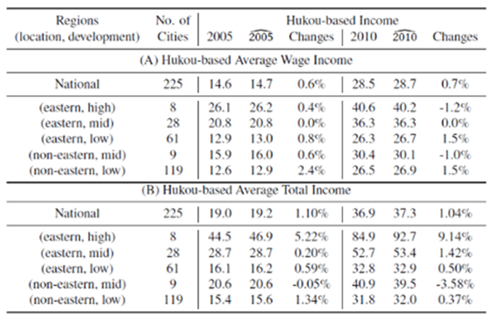 The inland-favoring land supply policy resulted in severe land and labor misallocation. It not only caused overall output and TFP losses, but also hurt workers from underdeveloped regions by hindering their migration. The convergence between regions is just an illusion since almost all workers across China were hurt, including those from poor areas.

Lu, Ming and Kuanhu Xiang. 2016. “Great Turning: How Has the Chinese Economy Been Trapped in an Efficiency-and-Balance Tradeoff?” Asian Economic Papers 15 (1):25–50.