Structural Change and the Stability of Aggregate Employment in China 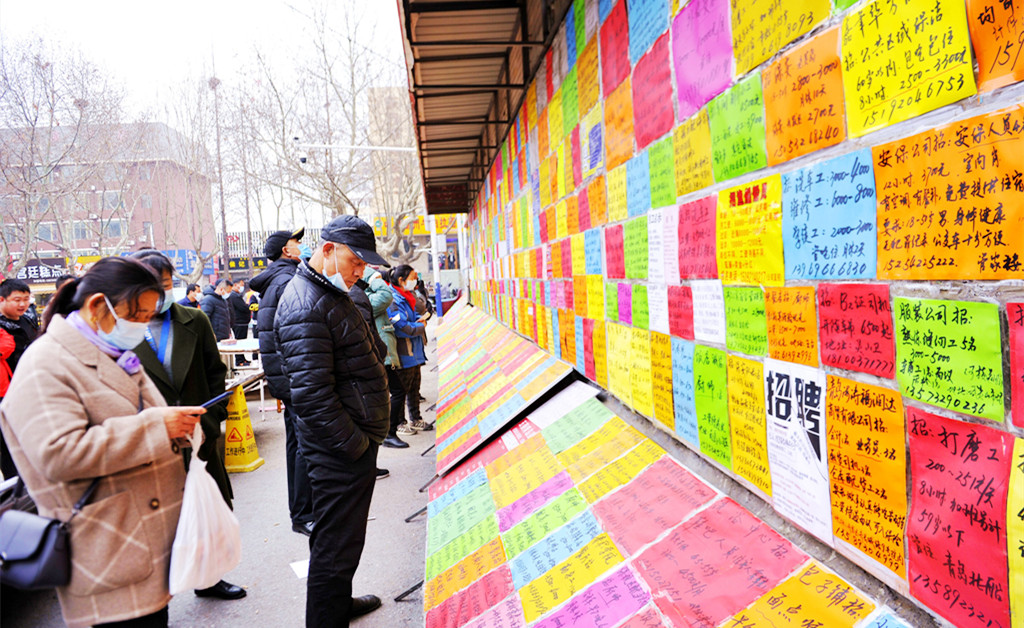 Why is aggregate employment so stable over the business cycles in China? Some take this as a sign that there are unique institutional constraints that limit the employment variability in China. While it is true that there could be strong employment rigidity in the state-owned enterprises, the labor market for the non-state sector in China is quite flexible—maybe even more flexible than many developed countries due to minimum regulations on hiring and firing workers by non-state firms. Since the non-state sector employment is usually the margin at which aggregate employment adjusts over the business cycles, the institutional constraints on state-sector employment cannot explain the puzzle.

In Yao and Zhu (2021), we argue that labor reallocation between the agricultural and non-agricultural sectors is the key to the stability of aggregate employment in China, and that the income effect (i.e., the decline in the relative demand for agricultural goods with household income) plays an important role in the reallocation. Our argument is motivated by three sets of empirical facts. 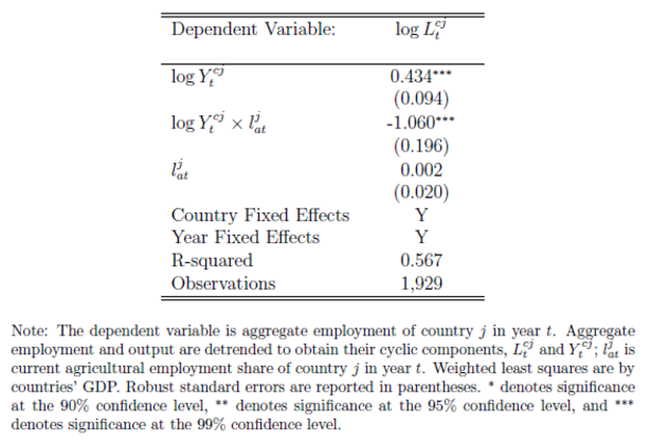 Third, we find that almost all countries in the GGDC dataset have a ratio of agricultural employment to non-agricultural employment that is negatively correlated with per capita GDP over the business cycles, as shown in Table 4. This fact suggests that the income effect is important for determining labor reallocation between the sectors at the business cycle frequency.

Labor Reallocation Dynamics in the Long Run and the Short Run

Given the documented facts, in Yao and Zhu (2021) we construct a two-sector growth model with an income effect and show that the model can account for both China’s sectoral decline of the agricultural employment share in the long run and its labor reallocation and aggregate employment fluctuations in the short run.

We first calibrate the parameters of our model so that it can account for China's sectoral trend in labor reallocation from agriculture to non-agriculture. Our calibration reveals that the income effect is important in accounting for the long-run structural change in China. As shown in the left panel of Figure 2, a model without the income effect would not match the structural change in China in the long run. 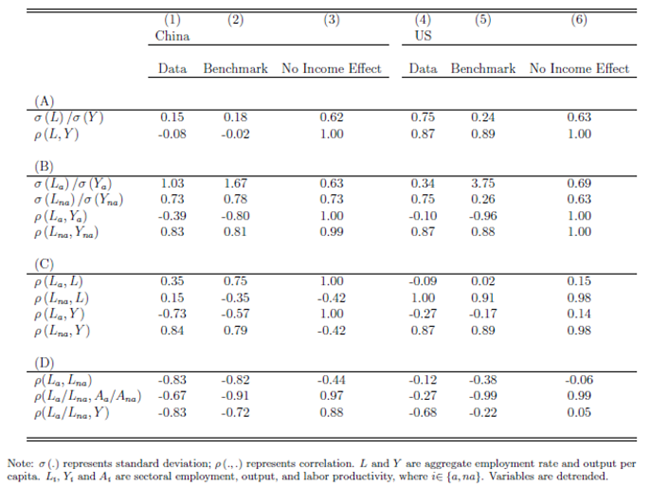 Note 1: These puzzling facts about aggregate employment fluctuations in China are present even after we carefully correct for some well-known measurement problems in the official employment and GDP series.

Boppart, T., “Structural Change and The Kaldor Facts in a Growth Model with Relative Price Effects and Non-Gorman Preferences,” Econometrica 82 (2014), 2167–2196.