The children of cadres have a higher likelihood of owning business in China, and this relationship varies greatly with government intervention in the economy. Connections with government are likely to be the explanation behind this pattern. 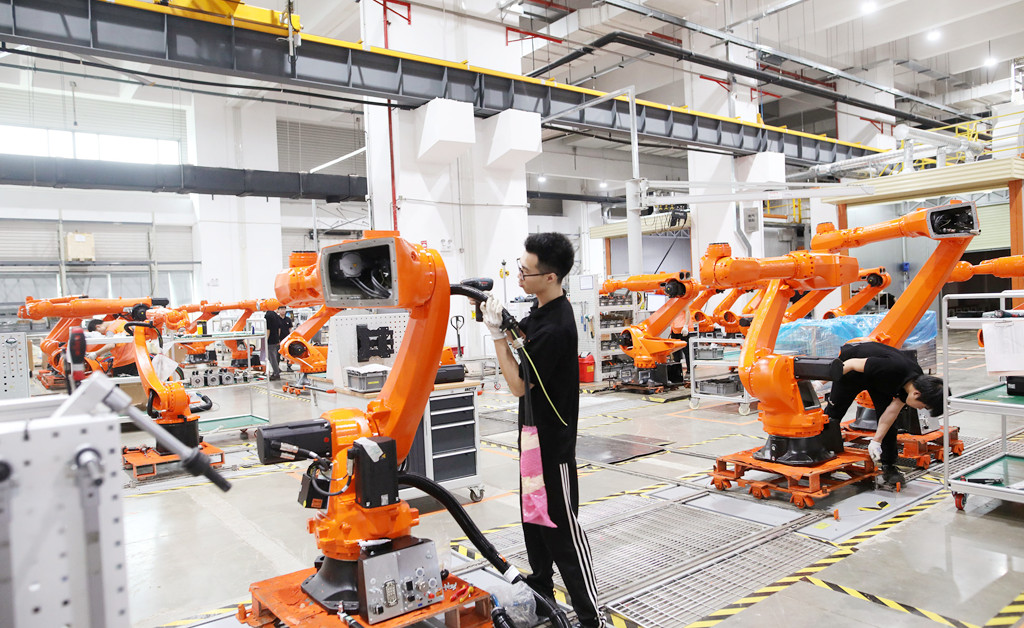 Meanwhile, political economy literature has long recognized that the institutional environment shapes the business environment across countries. For instance, Baumol, Litan, and Schramm (2007) characterize countries into “good capitalism” (a mix of big-firm and entrepreneurial capitalism) and “bad capitalism” (state-guided and oligarchic capitalism); Zingales (2012) emphasizes the difference between “crony capitalism” that favors elites and “a capitalism for the people” that allows open access to opportunities; and the World Bank publishes its yearly Doing Business report, which again highlights how the regulatory environment and state capabilities influence entrepreneurship. Since the skills, attitudes, and networks needed to run successful businesses across these institutional environments are very different, the corresponding parental background should also vary.

Jia, Lan, and Padró i Miquel (2021) show that the type of parental background that matters for doing business varies significantly with the institutional environment, more specifically with the role of government in the economy. The setting for their empirical analysis is modern China, in which the transition toward a market economy has been geographically uneven, and currently there is wide heterogeneity in government involvement in the economy. While some provinces have followed a bottom-up free enterprise route to economic development, others have focused on large conglomerates and heavy government intervention. For example, Huang (2008) contrasts Shanghai, a provincial-level municipality that has championed state-led capitalism, with Zhejiang, which exemplifies bottom-up capitalism. These two provinces are among the most developed in China, but there are substantially more private firms and registered patents per capita in Zhejiang than in Shanghai.

The paramount role of government in the economy suggests that a successful business career may require access to specific knowledge about the internal workings of government as well as networks that extend into government institutions. Hence, in terms of determining one’s business aptitude, having parents who work in government may be as important as having parents who are entrepreneurs. In fact, both types of parental links are often emphasized by observers and scholars. As a 2015 Financial Times report noted, “Lift the curtain on many a rags-to-riches story in China, and one finds a father or grandfather who was a businessman or a government official.” (Waldmeir 2015) Moreover, those with cadre parents should have a larger advantage in those provinces where government is more involved in the economy.

Therefore, by comparing the relative importance of entrepreneur and cadre parental background across provinces, one could test whether the institutional environment determines the networks and specific human capital necessary to run a business with the advantage of a within-country design, which keeps other potential confounders constant. Jia, Lan, and Padró i Miquel (2021) use data from the Chinese General Social Survey to show that having entrepreneur parents is associated with a higher likelihood of both business ownership and self-employment, and the magnitude of such intergenerational transmission is comparable to other countries. However, having cadre parents leads to a higher propensity of business ownership, but not to self-employment. The influence of parental background on business ownership is contingent on the government’s role in the business environment, measured by Provincial Government Expenditure on Business-Related Activities (PGEB) over GDP. Controlling for province-year fixed effects, cadre parents’ propensity to have business-owner children is strongly increasing in PGEB. In contrast, higher PGEB is associated with a lower likelihood that business owners have entrepreneur parents.

(a) Probability of Being a Business Owner

Note: The share of business owners is lower in provinces with higher PGEB. Variables are measured by deviations from the mean.

(b) Difference between Cadre Children and Others 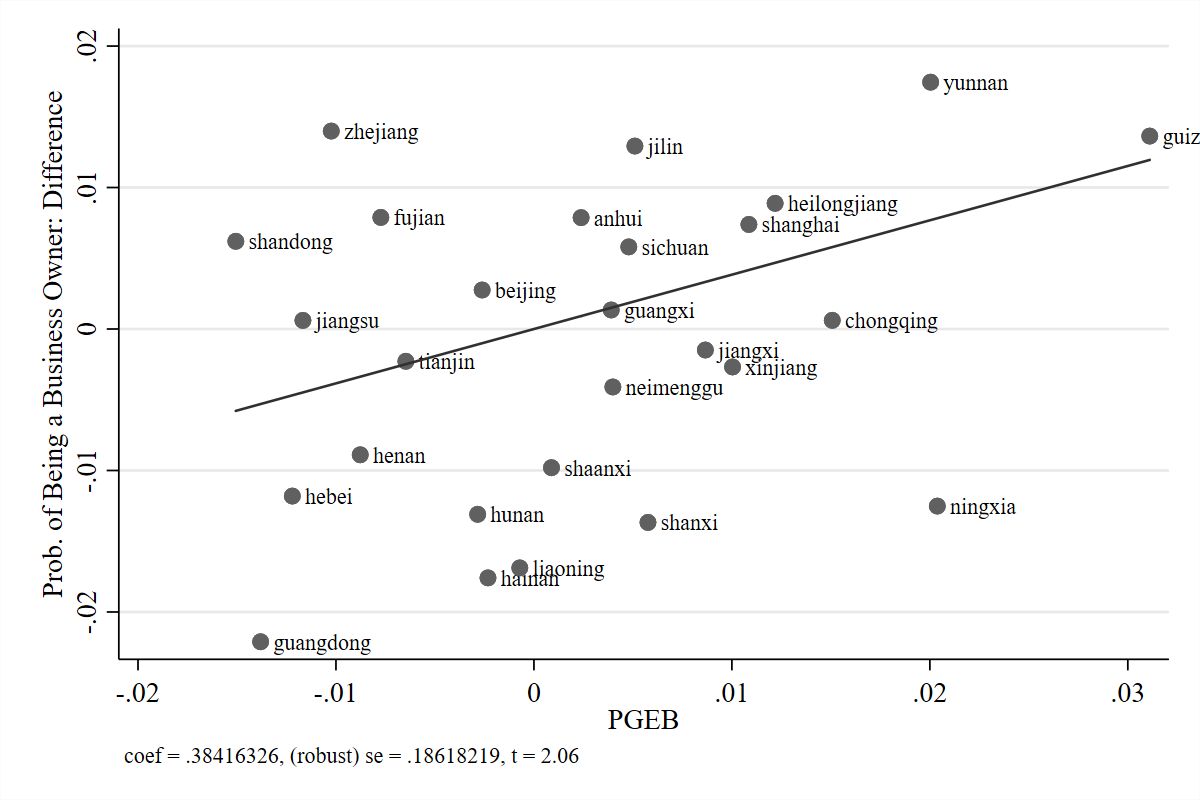 Note: The difference between cadre children and non-cadre children increases with PGEB. Variables are measured by deviations from the mean.

This striking cross-province pattern in the likelihood of business-ownership among cadre children could be interpreted as generational transmission of human capital or development strategies of different provinces. However, empirical exercises (Jia, Lan, and Padró i Miquel 2021) suggest that this pattern is more likely to be generated by political connections. More specifically, there are advantages for politically connected children (for example, better information about business opportunities, easier access to capital, personal networks within government institutions), which are inputs to successfully running a business and whose importance increases with the role of the government in the business environment. First, business owners are more likely to identify connections with political power as the key determinant of success in business; and this identification is significantly stronger in provinces with higher PGEB. Therefore, business practitioners are cognizant of the importance of connections, and more so where government looms larger. Second, the gap in reported income between business owners who are cadre children and those who are not significantly increases in PGEB. This is consistent with the idea that businesses led by cadre children are able to capture a large share of the government-to-business flows proxied by PGEB.

Overall, modes of capitalism or market economy can vary greatly across countries (for example, Baumol, Litan, and Schramm 2007; Zingales 2012) as well as regions within a large country such as China. Personal links to power are certainly important in conducting business (for example, Fisman 2001, Khwaja and Mian 2005, Faccio 2006, among many others). These links can systematically influence the characteristics of the entire set of business owners and, therefore, these effects are not limited to very large enterprises. Therefore, the role of personal links hinges on the role of government in the economy.