The emergence of third-party online platforms in intermediating financial products has been a new and exciting development in FinTech. We find that, in China post-platform, fund flows become markedly more sensitive to fund performance, and the net flow to the top 10 percent–performing funds more than triples their pre-platform level. In response, fund managers increase their risk taking to enhance the probability of entering top rank. 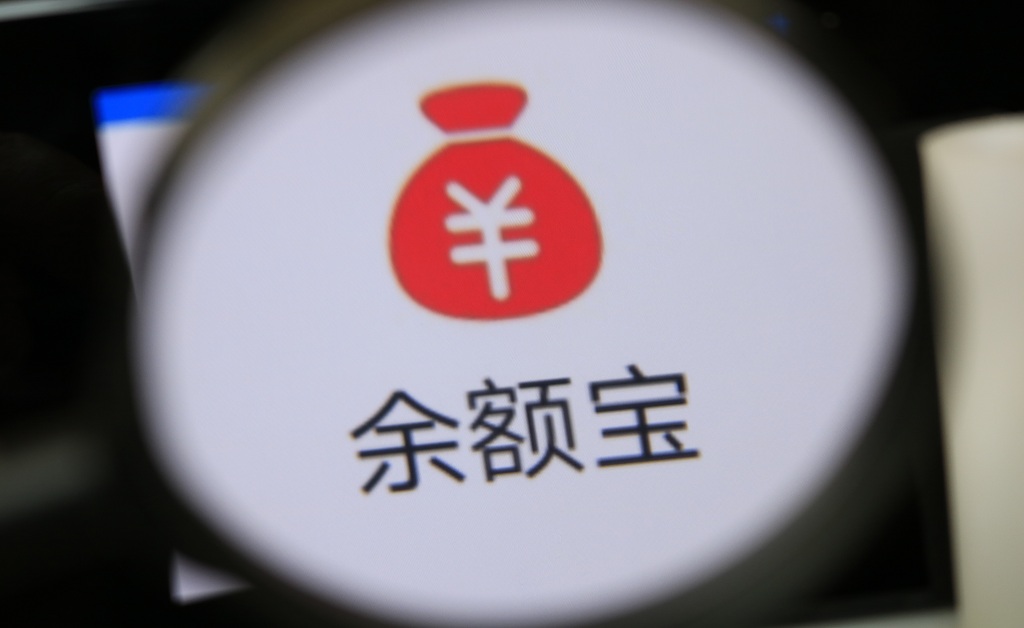 The rise of the platform economy over the past decade is transforming the way we live. The widely adopted platforms—such as Google for information, Amazon for retail, Facebook for social networking, and Uber for taxi rides—have profoundly re-shaped how these respective industries aggregate and disseminate information. Despite the rapid technological development, the numerous distribution channels—organized by fund families, banks, and brokers—still segment the intermediation of financial products, such as mutual funds. This traditional model severely barricades and segments the flow of information. The emergence of the third-party online platforms (TPOP), created by tech-driven firms independent of the traditional distribution channels, threatens to break this institutional segmentation and reshape financial intermediation, such as what Amazon has done for books and retail goods. On the consumer side, investors on the platforms can access a vast number of mutual funds, which are literally at their fingertips via apps on mobile devices. On the product side, fund managers—no matter how small and invisible—have the potential to reach the entire user base on these platforms. By significantly improving the means of connectivity and offering technological efficiency, the platform model removes the barriers, allows information to flow more freely, and levels the playing field for all mutual funds. However, as the platform model makes distribution of funds more efficient, there are economic consequences—both intended and unintended—for fund investors, fund managers, and fund families.

The literature has often discussed platform intermediation of financial products because of its huge growth potential (e.g., Goldstein, Jiang, & Karolyi, 2019; Philippon, 2018; and Frost et al., 2019). Still, there remains limited empirical evidence with respect to what happens when platforms take hold of a sizable market share in the distribution of financial products. Taking advantage of a 2012 policy change in China, which allows third-party online platforms to distribute mutual funds, our paper provides direct empirical evidences to address these important issues. In the era of digital payments via Alipay, and later fueled by the enthusiasm for Ant Financial’s money market fund, Yu’ebao, in 2013, Chinese customers quickly adopt the new platforms. By 2018, the platforms had already grown into a formidable presence in distributing mutual funds, with the top platforms covering almost all of the equity, bond, and mixed mutual funds in China. While the platforms have closely guarded sales numbers, estimates are that, by 2018, about one-third of the sales of equity, bond, and mixed mutual funds took place on the platforms, and another one-third via banks—the largest distribution channel in the pre-platform era.

Impact of TPOP on fund flow: Amplification in performance chasing

Focusing first on the impact of platforms on investor behavior, our empirical results document a strong platform-induced amplification in performance chasing. Using fund-level data from Wind and from China Stock Market & Accounting Research (CSMAR), we find a striking increase in performance sensitivity, driven by flows chasing much more aggressively after the top-ranked funds in the wake of the emergence of the platforms (see Figure 1). Ranking actively managed equity funds into deciles according to their past 12-month returns, the average net flow to the funds in the top decile increases from 2.55 percent pre-platform (2008–2012) to 19.18 percent post-platform (2013–2017). We also look at the U.S. equity funds as a benchmark. Since the U.S. mutual fund industry did not experience any sudden change in distribution channel around 2012, we expect the magnitude of performance chasing to remain at the same level across the two sub-periods. This is exactly what we find: the average net flow to the top-decile funds is around 6 percent for both time periods. Finally, we find that this amplification of the performance-chasing post-platform shows up in not only the equity funds but also the mixed funds.

Moreover, we obtain information on when each mutual fund signs up to which platform.  Taking advantage of this information on staggered entrance, we further test this pattern of amplified performance-chasing at the fund level. Regressing quarterly fund, net flows on fund rankings and controlling for fund-level characteristics and time and style fixed effects, we find that the post-platform performance sensitivity is over 3.5 times the pre-platform level for both equity and mixed funds.

The fact that we can detect our results in public data is significant; it indicates that the platforms have grown important enough that the entire mutual fund industry feels their impact. We further provide direct evidence by taking advantage of a proprietary dataset obtained from Howbuy, one of the top platforms in China. Focusing first on the actively managed equity mutual funds, we find that, from 2015 through 2018, an average of 49.37 percent of the quarterly purchases on Howbuy goes to the top decile funds. That is to say, on pure platform trading, the top 10 percent of all funds claim close to 50 percent of the market share (see Figure 2). By comparison, when aggregated over all distribution channels, the market share of the top 10 percent of all funds during the same time period is on average 37.61 percent, smaller than that observed on Howbuy, but larger than the pre-platform number of 23.79 percent.

What is new and potentially alarming in our findings is the strong amplification effect associated with the emergence of platforms. This amplification can arise out of the unique information structure associated with the platform technology. Off platform, the information flow is dispersed, while on platform, the information flow is uniform in nature. Investors receive almost identical signals on fund past-performance ranking, amplifying the performance-chasing at the aggregate level (see Note 1).

Focusing next on the impact of platforms on fund managers, we find that, in the presence of amplified performance-chasing, fund managers increase their risk-taking to enhance the probability of getting into the top rank. Specifically, we find that funds in the top decile exhibit a pattern of increased volatility for at least two quarters prior to entering the top ranking. By contrast, funds outside of the top decile do not exhibit such a pattern. Moreover, this pattern of increased volatility only emerges after 2013, after the introduction of the platforms. This increased risk-taking behavior is most significant for actively managed equity fund managers, but is also present for the mixed funds. Repeating the same exercise for the U.S. equity funds, we find no evidence of increased risk taking by the top decile.

Decomposing the fund volatility further into systematic and idiosyncratic components, we find that this added risk taking is present in both components, but the increased risk taking in the systematic component is more troubling. Prior to 2013, funds in the top-ranking decile are associated with higher idiosyncratic risk, both before and after entering the top decile, relative to the funds outside of the top decile. However, there is no evidence of such top fund managers taking higher systematic exposure. This result indicates that, prior to 2013, fund managers relied on their own abilities in stock and bond selections to get into the top decile. Post 2013, however, the risk-taking behavior increases in the idiosyncratic as well as the systematic component. This suggests that the fund manager has already maximized his own abilities and is using leverage to get ahead. While the economic magnitude of the result is relatively small, the emergence of such a practice points to the unintended consequences associated with the platform intermediation of financial products.

Finally, the emergence of platforms also has a profound impact on fund families. Before the rise of the platform economy, large fund families are like segmented mini-platforms, whose resources are attractive to fund managers—just as, prior to Uber, taxi drivers relied heavily on dispatch services. In the era of the platform economy, however, large fund families lose their cohesiveness as organizations. Empirically, we find that after joining the top two platforms, the importance of within-family ranking weakens, whereas the importance of universal-ranking is amplified in attracting subsequent flow. In other words, after the introduction of platforms, fund managers are increasingly evaluated in context of the entire universe of funds, and their relative standing within a family becomes less important. Moreover, the within-family co-movement of fund flows also weakens after the introduction of platforms. At the same time, the incentive for fund families to groom their star managers also drops, as they no longer have a strong hold on their fund managers. Consistent with this hypothesis, we find that, pre-platform, funds from the top ten–largest families account for a significantly higher share in the top decile than in other deciles. Post-platform, however, they no longer have a large presence in the top decile.

The success of the platform economy has transformed the way we live, and the emergence of platform intermediation of financial products could lead to one of the next disruptions of the platform economy. Relative to other products and services, such as retail goods or taxi rides, financial products are of unique importance because of their impact on the allocation of financial capital in the economy, their acute sensitivity to information, and their inherent liquidity. Financial products also have various forms, with the risk and return tradeoff functioning as a common thread. From money market funds to P2P loans, the return and risk characteristics of financial products expand over a wide spectrum, and the role of platforms can also vary substantially. These considerations, along with the rapid expansion of technology into financial intermediation in recent years, make it all the more important for practitioners and policy makers to understand the economic impact of bringing financial products to the large-scale, tech-driven platforms.

Our findings suggest that platform companies should move beyond technology and incorporate insights from the fields of finance and economics into the designs for their systems. For example, whether the platforms should be more proactive in offering financial advices to alleviate the unintended consequences documented in our paper is a topic of great interest going forward. Relative to the traditional distribution channels, platform companies—equipped with superior customer data and advanced analytical technology—do have comparative advantages in offering financial services to their customers in the new era. Designing policies to promote efficient usage of the technological advantages and avoid unintended consequences presents a challenge as well as an opportunity for platform companies and policy makers.


Note 1: See Hong, Lu, and Pan (2019) for a more detailed discussion on the potential channels.